The eleventh stage of the 2018 Dakar was the first half of the second marathon stage, with riders having to take on 205km of liaison distance and 280km of a special stage, before camping in the Fiambala Mountains. The stage comprised lots of loose sand and soil, which made the going tricky for the riders.

As is becoming something of a trend, Oriol Mena continued with his terrific form, finishing Stage 11 in ninth position. This has ensured that he is currently ranked 10th overall in the Moto category. 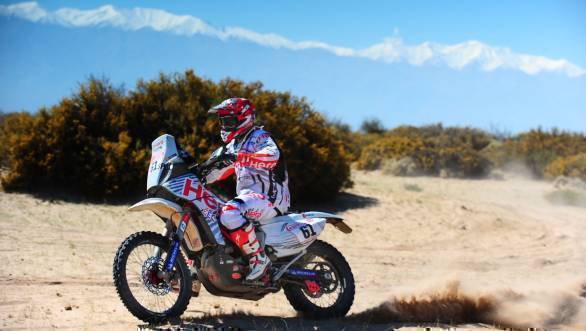 Mena's team-mate CS Santosh who had a tough stage 10, rode steadily to gain as much ground as he could over the last few stages. He reached the Fiambala bivouac 33rd, which promoted him to 35th in the overall standings. 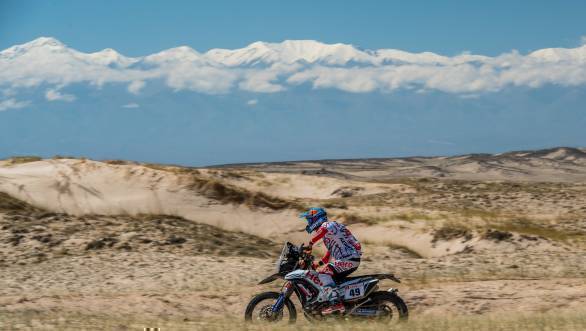 Speaking after the eleventh stage Oriol Mena said, "Today was another important first leg of the Super Fiambala Marathon stage. The starting order for today was mixed with trucks and cars so it was really confusing in the beginning. The navigation as well was quite tough and the soft sand made it quite physically exhausting, making the stage look longer than it was. But everything went very well, the bike was working great. I am happy to make it to the bivouac and to have another good finish today."

Meanwhile, CS Santosh said, "Today I was still very tired still from yesterday so my mission was to make it to the marathon bivouac today. I am happy to be here as I got another tough day in the bag today. Now I just need to get some rest and renew my energy and focus for the second leg of the marathon stage tomorrow."

The 12th Stage of the rally has been cancelled for bikes and quads, with the organisers citing safety issues as the reason for the same.