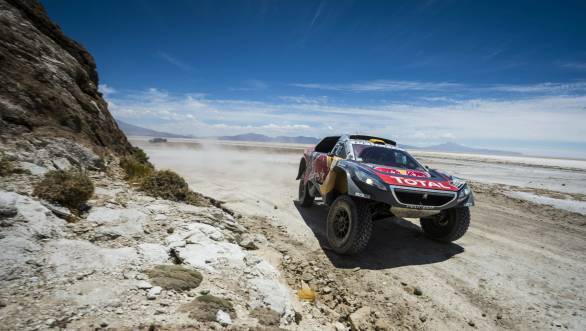 It must have been something of a bother for Stephane Peterhansel that his newbie team-mate was outdoing him at the 2016 edition of the Dakar rally. All of that changed on Stage 6 of the event that ran in Uyuni, Bolivia. While Sebastien Loeb ran into trouble in his Peugeot 2008 DKR16, suffering a puncture and an issue with the accelerator, for Peterhansel it was smooth sailing. 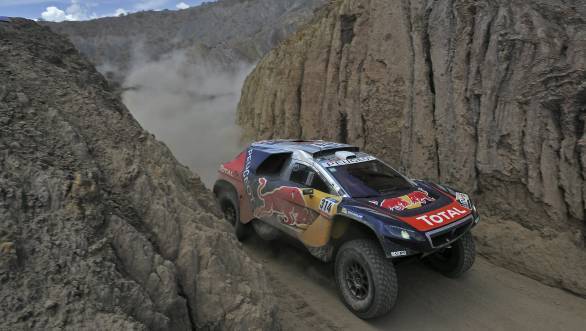 Between a rock and a hard place was Sebastien Loeb at Stage 6 of the Dakar, with a puncture and electrical issues too

The Frenchman, with so very many Dakar wins under his belt, managed to win his second stage of 2016. It was a commanding stage win too, with the experienced Peterhansel judging the terrain accurately and not placing a wheel wrong along the way.

While second place in the stage went to Peterhansel's team-mate Carlos Sainz, third spot was occupied by Toyota Hilux driver Yazeed Al-Rajhi. Loeb finished the stage fourth, 8min 15sec behind the leader. Nasser Al-Attiyah, in the Mini, was once again the best of the rest.

Peterhansel's stage win has moved him into the overall lead in the car category of the event. Trailing behind him, 27 seconds adrift, is Loeb, while Sainz, 5min 55se away from the leader, manages to keep it an all-Peugeot top 3.