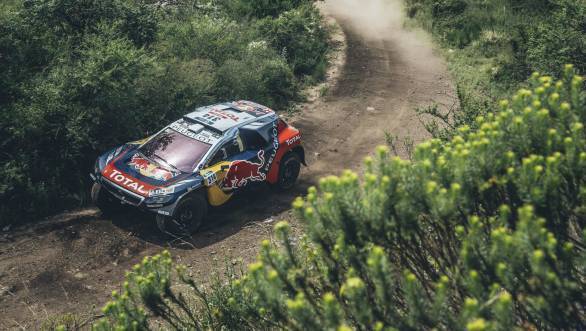 Making a mark on the Dakar is Sebastien Loeb. Here he is en route his second stage win at what is his first ever attempt at the treacherous rally

Being the first one out on a stage is something that Sebastien Loeb is quite used to. And as the third stage of the Dakar Rally commenced, Loeb and co-driver Daniel Elena were the first out on the road, headed from Termas Rio Hondo to Jujuy. The duo, in their Peugeot 2008 DKR16 had won Stage 2 of the rally already, but there was plenty of pressure on them. Their rivals, including their own Peugeot team-mates would be hoping for a slip up that they could take advantage of.

That didn't happen though. In that typical Loeb fashion, he drove inch perfect all through. Which really is mind-boggling given that this is his first attempt at the Dakar.

While Loeb completed the stage in 2hrs 09min 39sec, his team-mate Carlos Sainz was just 1min 23sec adrift. Finishing third in the stage was Mini All4Racing's Nasser Al-Attiyah, who recovered from a tough start to the event with Stage 2 not going his way at all.

Loeb, of course, leads the overall standings in the car category. Giving him a run for his money is Toyota Hilux driver Giniel de Villers, who is merely five minutes away at this stage of the Dakar. Third place overall is currently occupied by Loeb's other Peugeot team-mate Stephane Peterhansel. 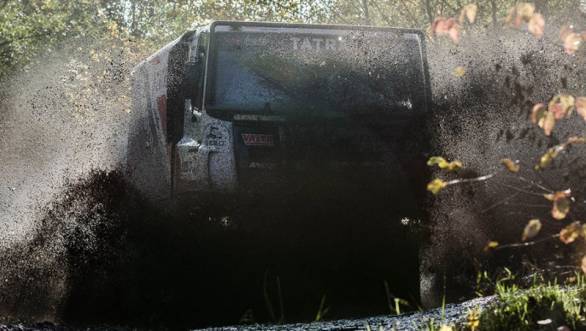 In the truck category, it was Czech driver Martin Kolomy behind the wheel of a mighty Tatra 815 who won the stage. Second place in the stage went to MAN's Hans Stacey, with Iveco's Federico Villagra finishing third.

The overall lead in the truck class still rests with Stacey, although Versluis appears to be catching him. Iveco's Villagra jumps to third overall.