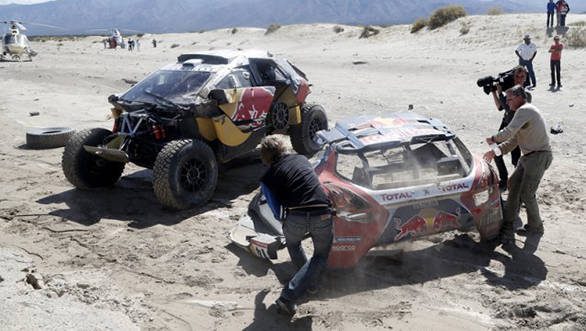 Dakar debutant and nine-time WRC champion Sebastien Loeb completed the eighth stage in 33rd place as he rolled his Peugeot only 30km before the finish line. Thankfully both Loeb and co-driver Daniel Elena walked away from the crash without any injury.

The French driver was quoted saying "It's finished for overall victory. There was a dip and I didn't see it, so we arrived on it, fell in and it threw the car off balance and we rolled. It's a bit frustrating, but that's life, so we have to continue now." 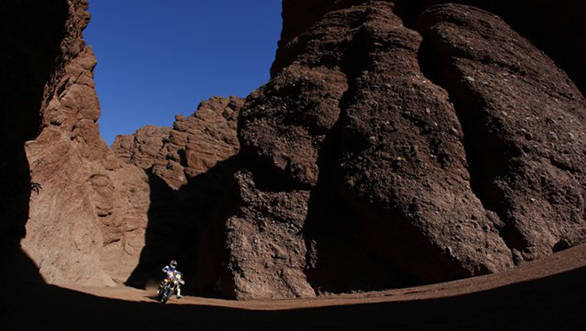 In the motorcycle category, Toby Price astride the KTM won Stage 8 with a time of 3h 31min 28sec. Paulo Goncalves completed the stage in second place. However, he suffered a crash which not only damaged his Honda's navigation instruments but also cost him the overall stage lead. Goncalves is now placed second overall while Price has taken the lead. Pablo Quintanilla finished Stage 8 in third place. 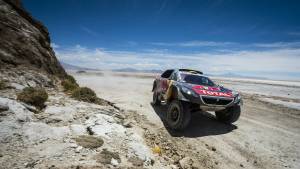 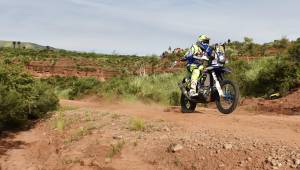 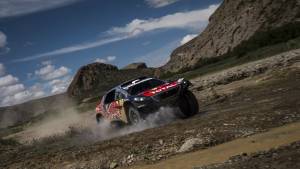