Dakar 2016: Loeb back in the lead though Sainz wins Stage 7

Carlos Sainz claimed his first stage win of the 2016 edition of the Dakar Rally, winning Stage 7 of the event with a timing of 3hr 19min 03sec. Finishing second, behind Sainz, was Dakar debutant, Sebastien Loeb. Nasser Al-Attiyah finished the Stage third, which meant Stephane Peterhansel had to settle for fourth place.

The second place on Stage 7 was enough to secure Loeb the lead in the overall standings once again, with team-mate Peterhansel second, two minutes adrift of Loeb. Carlos Sainz is third overall, which means Peugeot locks out the front row. 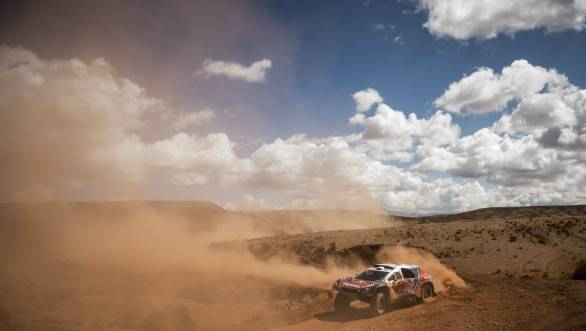 In the motorcycle category, Antoine Meo took his first stage win of the Dakar. The KTM rider clocked a time of 2hr 27min 27sec, while Honda's Kevin Benavides was 1min 53sec adrift in second place. Stage third went to Paulo Goncalves. This, despite the fact that he finished far down the order. Goncalves stopped to help KTM's Matthias Walkner, who had a massive crash and broke his femur. This sporting gesture earned him 10min 57sec from the organisers, elevating him to third in the stage.

Goncalves continues to lead the overall standings in the motorcycle category of the event, ahead of Toby Price and Stefan Svitko. 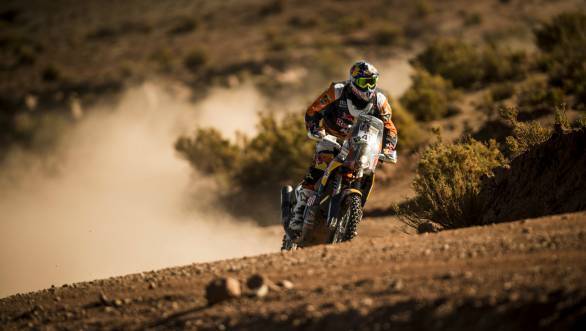 The quad category of the event saw a Honda win the stage, putting an end to Yamaha's domination of the event. Locas Bonetto took the win on Stage 7, with Yamaha rider Pablo Copetti finishing second, and another Honda, piloted by Walter Nosiglia finished third in the stage.

The overall lead in the quad category is still held by Alejandro Patronelli, twice winner of the Dakar, with his brother Marcos Patronelli second. 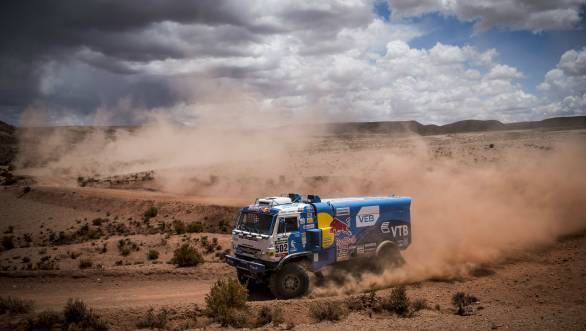 It was Eduard Nikolaev who won the seventh stage of the event in his Kamaz, with team-mate and reigning truck category champion Airat Mardeev finishing second. Peter Versluis finished third, retaining his overall lead in the truck class. Iveco's Gerard de Rooy is currently second overall, while Mardeev is third overall in the rally.