Helder Rodrigues' terrific ride in Calama was a standout moment of the 2015 Dakar Rally. The Portuguese rider took a commanding win at the Dakar, followed closely by second-placed Paulo Goncalves. And while Marc Coma could manage no more than third place on Stage 9 where riders traversed through the Atacama Desert, it still was enough to see him retain his overall lead in the motorcycle category of the event. Of course, it doesn't mean that the KTM rider is home free, with HRC's Goncalves still maintaining the pressure on him. 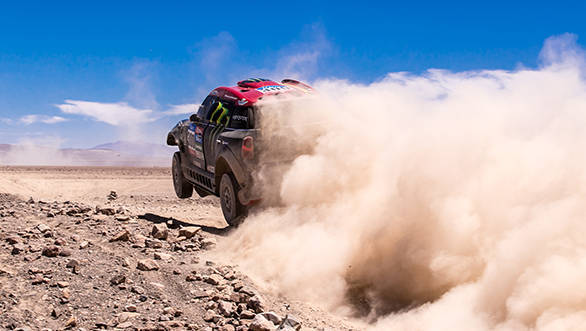 In the quad category, it was Chilean Victor Gallegos who managed to take his first stage win at the Dakar at Calama. The rider managed to finish more than 15 minutes ahead of Rafal Sonik. However, the change at the top of the standings occurred because Ignacio Casale could finish no higher than fourth. Which means that the overall lead in the quad category goes back to Polish rider Sonik. 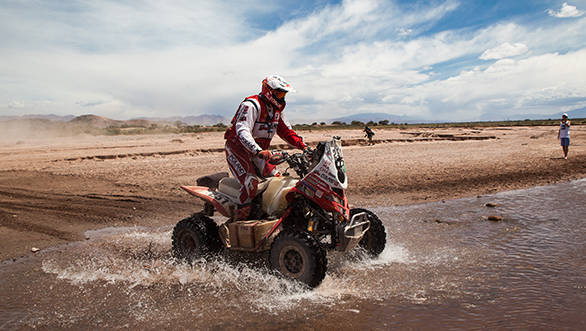 Rafal Sonik is back in the lead in the quad class

The car category saw a terrific performance from Nani Roma, with the defending Dakar champion finishing first in Stage 9. The result, especially since he only finished 135th in Stage 1, was certainly something to cheer about for the Spaniard. Roma won by over 6min 27sec compared to Nasser Al-Attiyah. The Qatar Rally Team driver, who currently leads the car class of the event, managed to extend his lead over his nearest rival Giniel de Villiers. 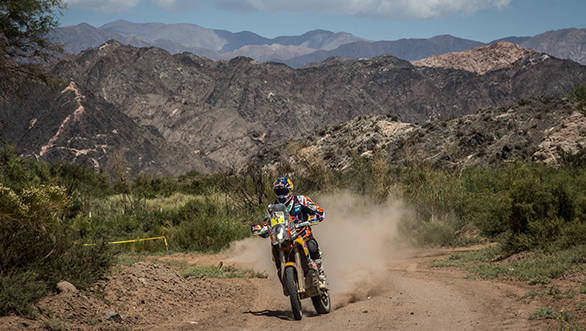 Marc Coma still leads the Dakar in the motorcycle category

In the truck category, it was Airat Mardeev who managed to get ahead of team-mate Eduard Nikolaev, finishing the stage first and continuing his lead overall. 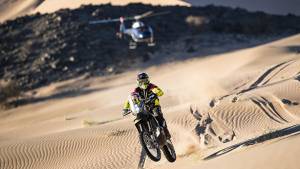 Image Gallery: All the action from Dakar... 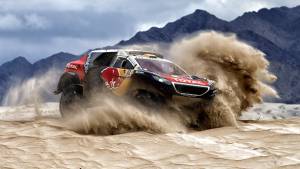 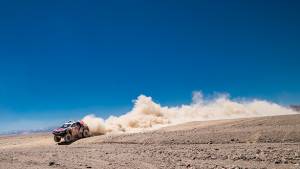