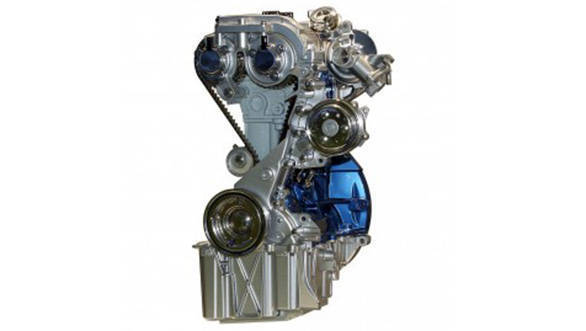 After collaborating with Ford on the development of fuel cell technology, Daimler recently exchanged information with Ford about their petrol engines. Mercedes-Benz's parent company has shared intelligence on its lean-burning petrol engines with Ford in return for information on the highly coveted three-cylinder EcoBoost engine.

Daimler is developing a turbocharged three-cylinder engine with Renault-Nissan and is looking at the EcoBoost engine. In return, Ford received details about the stratified lean-burning petrol engines, which are already compliant with the very stringent Euro-VI norms. This engine is being used in the updated E-Class as a four-cylinder.

Engines with EcoBoost technology are capable of delivering power and torque comparable to a larger displacement unit. EcoBoost engines have 20 per cent better fuel efficiency and 15 per cent reduced greenhouse emissions than comparable engines. This technology exchange should benefit the auto industry, though Mercedes is perhaps getting the sweet end of the deal, as the Ford engine is already an immense hit in European markets.

Ford uses its turbocharged 1.0-liter EcoBoost petrol engine in cars like the Focus and C-Max compacts as well as the Fiesta and B-Max subcompacts. In India it is being used in the upcoming EcoSport compact SUV. The engine has won numerous awards for its performance and low emission levels.

Daimler's engine development director Roland Kemmler said, "It's a very interesting and impressive engine. We have had some discussions with Ford engineers about this engine."