The Sealine Cross Country Rally at Qatar, a rally that is known for being particularly hard to navigate and with stages that are very long, was the second round of the World Cross Country Rally Championship. Fresh from his top-10 finish at the season-opening Abu Dhabi Rally, CS Santosh arrived at Qatar ready to tackle the dunes and challenges that this particular rally was sure to throw his way. Given that the average stage length at this particular round of the WCCRC was 400km, Santosh had his work cut out for him. 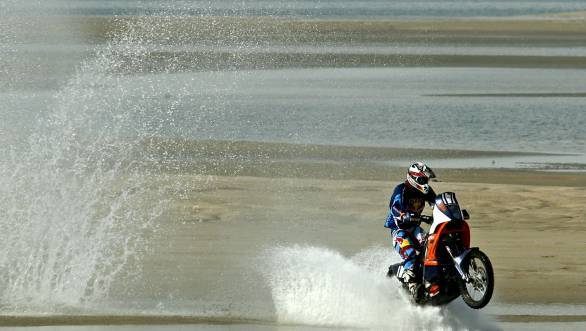 Over the first three days of the rally, the going was tough for the Indian rider who finished the opening round tenth overall. The third day of the rally was particularly challenging in terms of navigation. "The rally is notorious for rocks just everywhere along the route and I had so many moments where I almost lost it," he said. The going then got tougher on the fourth day of the rally when he crashed, resulting in a ruptured right fuel tank. Santosh managed to isolate the tank and finished the stage by running only the rear and front left tank. 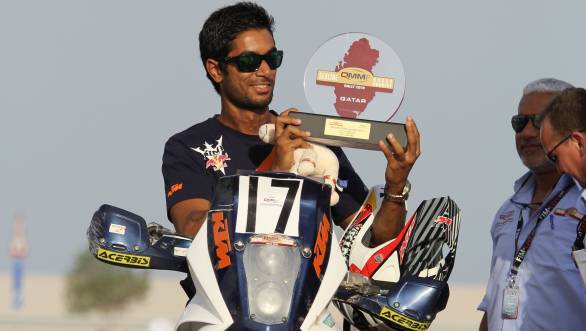 There was an improvement on the fifth day of the rally, when he rode well and ended the 326km stage just 4 minutes and 50 seconds behind the stage winner. "It was a moment that's even now hard to believe!" Santosh exclaimed. The rider eventually finished eighth overall and eighth in the standings too. Finishing first at the event Joan Barreda Bort, with Marc Coma second and Helder Rodrigues third. 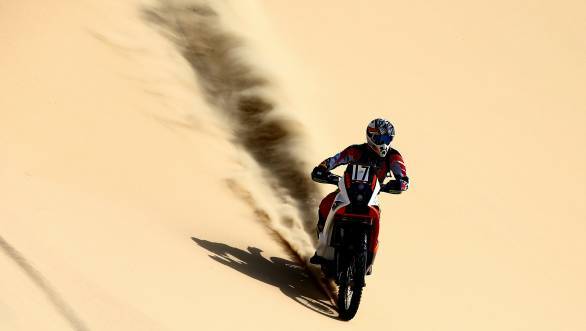 Santosh astride his KTM Rally Replica