A nationwide lockdown was announced till April 14 to make sure that social distancing is practised seriously in these challenging times of the Coronavirus pandemic. The Indian Government has clearly mentioned that all citizens should stay home, be safe and step out only in case of an emergency. However, there are many who are carelessly flouting these instructions, risking their own lives as well as that of others. To tackle this situation in a better way, Karnataka Police has imposed a ban on the movement of all private vehicles in the state till April 14. A tweet from the DGP Karnataka handle stated, "This is not an April Fool's prank. Two/ four wheelers are banned from use till the 14th of April. We will SEIZE your vehicle if you CEASE to ignore this lockdown regulation." The police believes that will completely restrict the movement of vehicles in the state. The Bangalore city police began the drive by seizing 5,106 two-wheelers, 181 three-wheelers and 263 four-wheelers. At the end of the first day, the number rose to 6,321 two-wheelers, 227 three-wheelers and 304 four-wheelers.

Total vehicles seized up till now at 7 pm today is 6852 2 wheelers 6321, 3 wheelers 227 and 4 Wheelers 304.We are planning to issue 200 medical emergency passes per police station which can be collected and returned on a daily basis,more details, Later.

The Karnataka Police is also working on provisions to issue 200 medical emergency passes per police station which can be collected and returned on a daily basis. The state government is asking people to walk to the pharmacy instead of taking a vehicle there, else their vehicles will be seized. These vehicles will be returned only after the lockdown lifts on April 14. 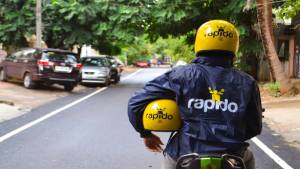