General Motors, based out of Talegaon near Chakan, Pune have been one of the first movers to suspend production among the automotive manufacturers. Production has been suspended starting 21 March and will not resume till 31 March. The situation will certainly be reviewed before resumption. Asif Khatri, VP manufacturing, General Motors India stated that the steps taken by the central and state government are necessary in the fight against the spread of COVID-19  and that GM stands in solidarity with the government's initiatives to stop the spread of Coronavirus.

General Motors have ceased their Indian sales operation under the Chevrolet badge a couple of years ago and the Talegaon facility which assembles powertrains is expected to be acquired by SAIC for the MG brand. 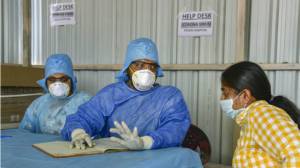 CoronaVirus in India: How it affects us, the...
Advertisement