Nitin Gadkari has confirmed via a tweet that all cars in India will now have to mandatorily come fitted with six airbags as standard. The Minister of Road Transport and Highways has stated that this regulation will cover all vehicles irrespective of their cost or variant.

This development comes after a draft notification to this effect was approved in January. Following this, all vehicles to be manufactured in India post-October 1, 2022 within the M1 category will have to have six airbags as standard. The Motor Vehicles Act defines the M1 category as a passenger vehicles that weighs less than 3.5 tonnes and can carry eight passengers excluding the driver. Gadkari has first stated that such a step was in the works in August 2021. 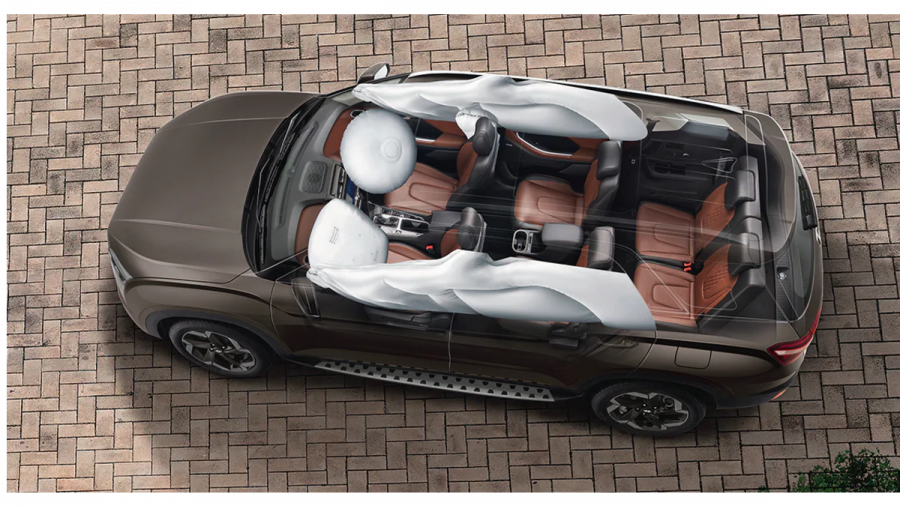 This is the latest step in a string of decisions that have been taken in the past years to improve vehicle safety in India. In 2019, dual airbags, ABS, seatbelt warning and speed buzzers were mandated safety equipment. And going forward, all cars to be sold in India will also have to pass stringent crash tests. This is over the stricter pedestrian and frontal impact tolerances already specified. Further, more active safety systems like ESC and even some form of ADAS may become mandatory in the future.

The regulation specifies the inclusion of two side or side torso airbags, and two side-curtain or tube airbags. While this will reduce the impact on passengers from side impacts, these features will only be fully effective when all passengers in the vehicle are wearing seatbelts. Adding four more airbags will also increase prices of cars across the board, in a range of Rs 30,000 to 40,000. This is will affect the lower segments the most, where margins are slim and buyers extremely price-conscious. Currently, only the top-spec variants of cars in the premium hatch and compact SUV segments offer these many airbags, most of which are priced over Rs 8 to 9 lakh. Having said that, any step that looks to improve India's appalling road safety record is welcome.