The second round of the JK Tyre Rotax Max Karting championship was held on Sunday at the Kartainment Track in Hyderabad, and it was a cracker of an event. There was racing action aplenty, a few crashes here and there, and some terrific on track battles.

There was one karter who stood head and shoulders above the rest of the grid though. We aren't just referring to the fact that Vishnu Prasad is one of the tallest racers in the paddock, we're also speaking of the young karter's racing prowess. 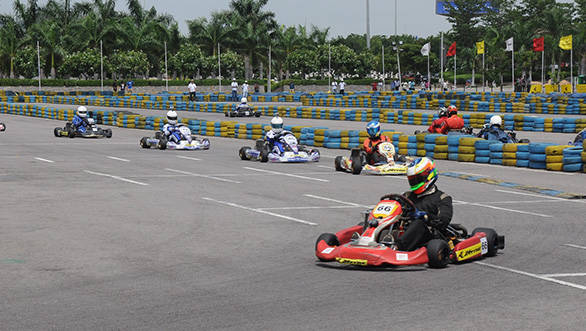 Competing in the Senior Max Category, Vishnu had formidable opposition from Rayo Racing's Ameya Bafna. Indeed, it was Bafna who led the first heat, holding off a hard-charging Vishnu. But things all came undone on the very last lap with two corners to go. The spark-plug cover on Bafna's car came loose and the race leader found himself slipping down to the 13th place. Vishnu, needless to say, won the heat. There was no looking back after that. The Meco Racing driver won the next heat as well. The battle in the pre-final race went down to the wire, with Vishnu fending off an attack from Nayan Chatterjee and Chitesh Mandody. The finals saw Vishnu lead by a large margin ahead of the Rayo Racing duo Bafna and Chaterjee. That's the order in which they finished, which meant that Vishnu had made a clean sweep of the race weekend.

The next round of the championship will be held at the Kari Motor Speedway between the 16th and 18th of August 2013. 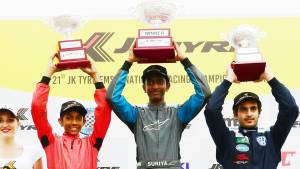 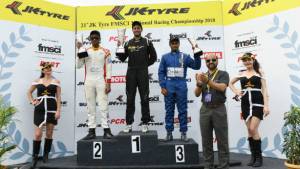