We recently celebrated a "Classic Car Track Day" at the Madras Motor Race Track (MMRT) near Sriperumbudur, with Chennai based car collector Ranjit Pratap. Ranjit very kindly brought five fabulous cars from his vast car collection to the 3.71 kms long MMRT race track, and generously allowed me to put in a few spirited laps. Let me share what it was like to tackle the twelve turns in his 1963 Fiat 1200 Spider  and 1972 Volkswagen Karmann Ghia. The Fiat 1200 Spider is a really nice looking car

The little Fiat 1200 Spider convertible sports roadster is a true Italian gem with handsome styling by Pininfarina (now owned by Mahindra & Mahindra). It looks good both with the top up or down and what is striking are the well balanced proportions and simple lines, which have ensured it stands the test of time. 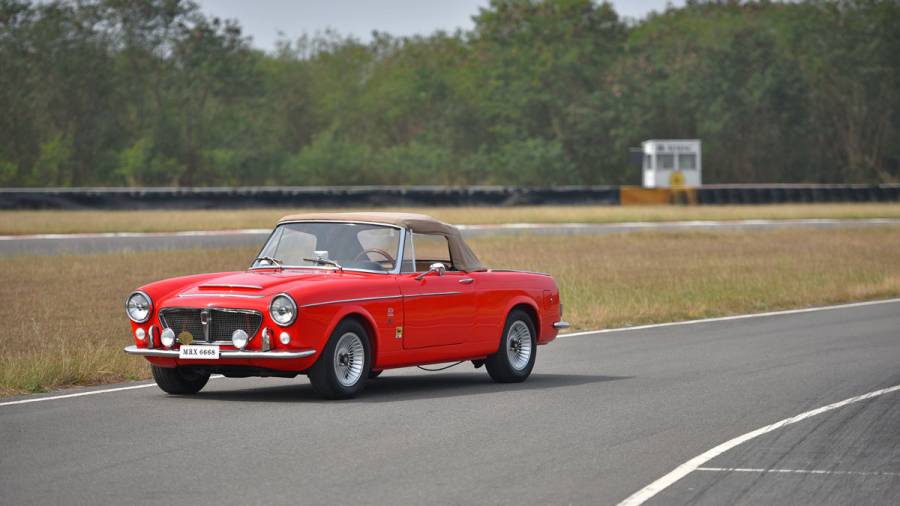 Though its 59 years old, the styling still looks does not look dated and that is a tribute to the designers of this Fiat 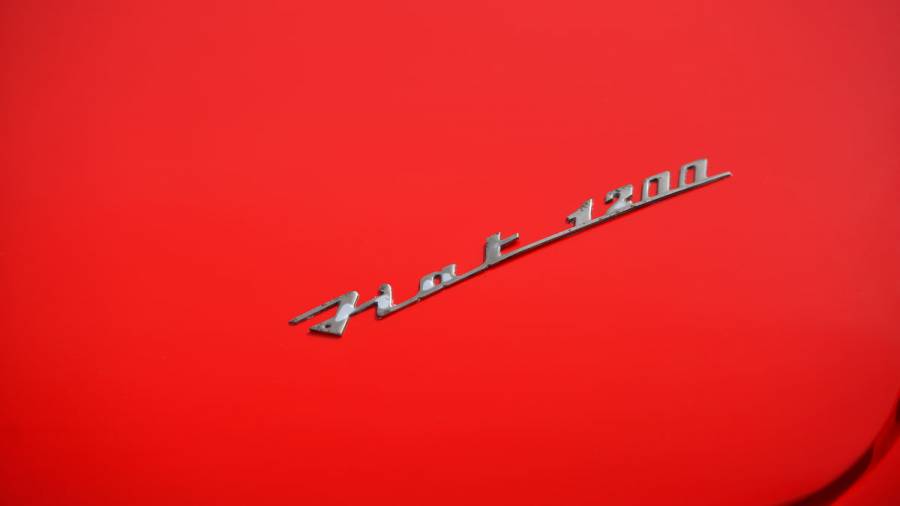 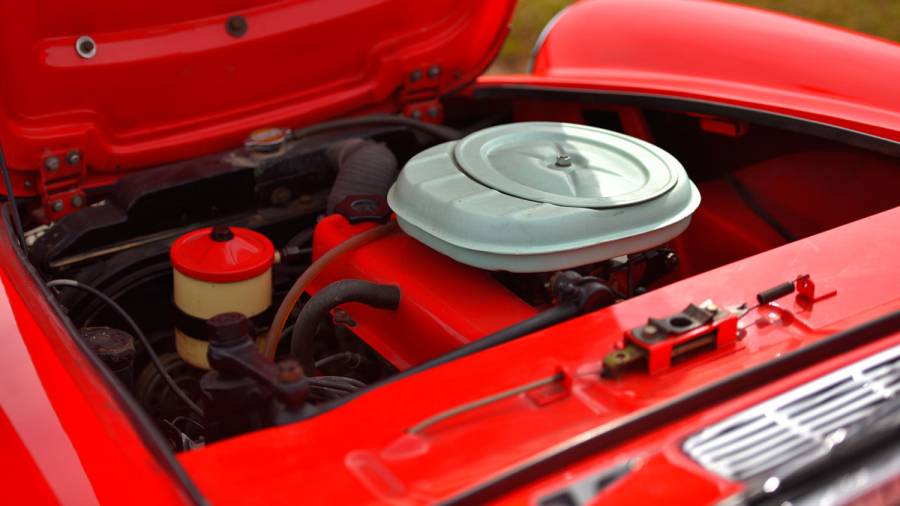 The highlight of the driving experience with the Spider is the gear shifter that is surprisingly precise and communicative. The small engine is a willing performer but runs out of breath quite quickly and as the steering also has a fair bit of play, I decided against pushing the Spider hard and instead sashayed around the track and took delight in the gentle purring of the exhaust and the panoramic 360 degree view. 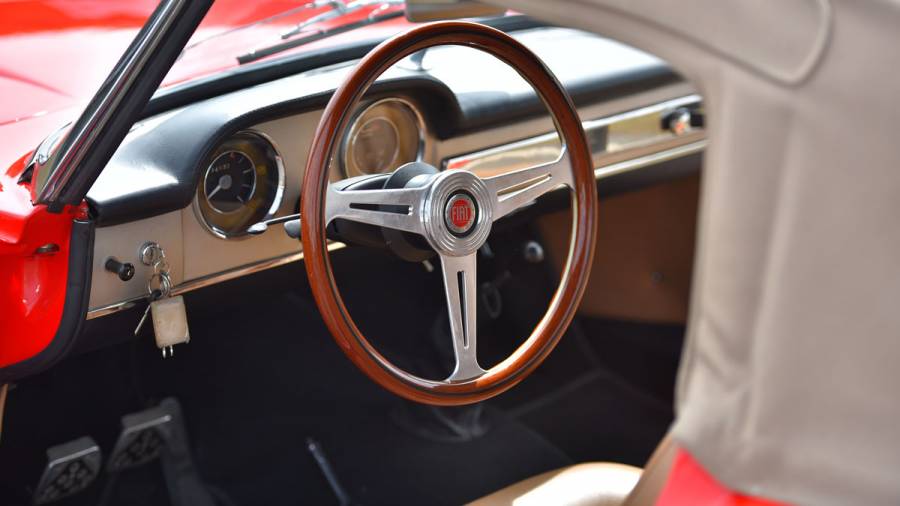 Three spoke steering with a thin wooden rim, now that is an all-time classic

Driving it around the racetrack with the top down was truly exhilarating. Yes, the wind noise was substantial and there was some buffeting too, but all this only amplified the fun. 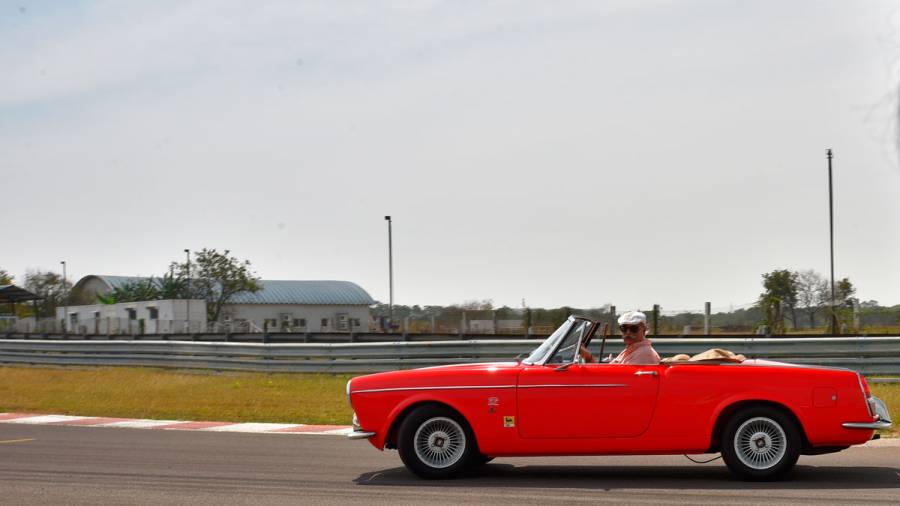 Driving this classic car on the track was an elating experience

Intriguingly, while the Fiat 1200 Spider was categorized and sold as a sports car, to the speed worshiping Italians; it was just not fast enough to be deemed a sports car. 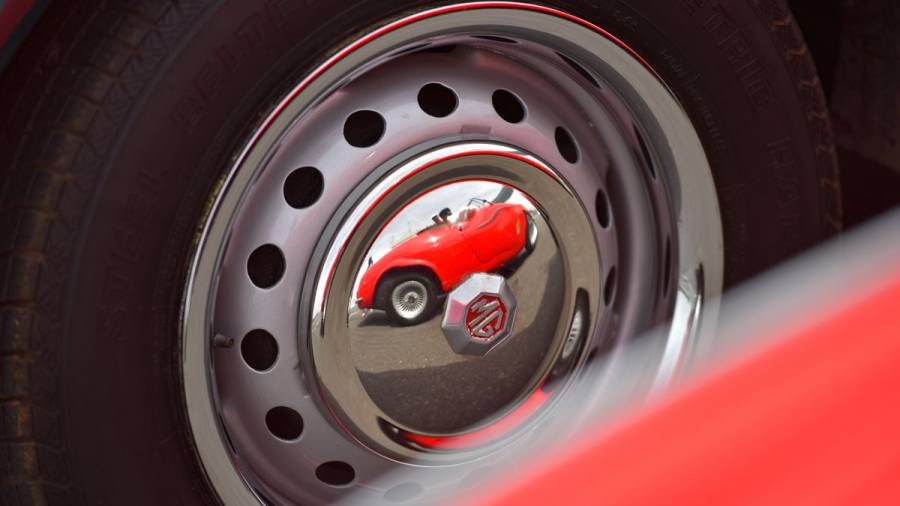 The story about how the unusual rear-engined Karmann Ghia came into being is quite interesting.   It was coachbuilder Karmann who realized that the VW Beetle had a straightforward floorpan and building a special sporty body on it would be easy. They got Ghia to design it and when Volkswagen put the smart coupe into production, the VW Karmann Ghia was born. 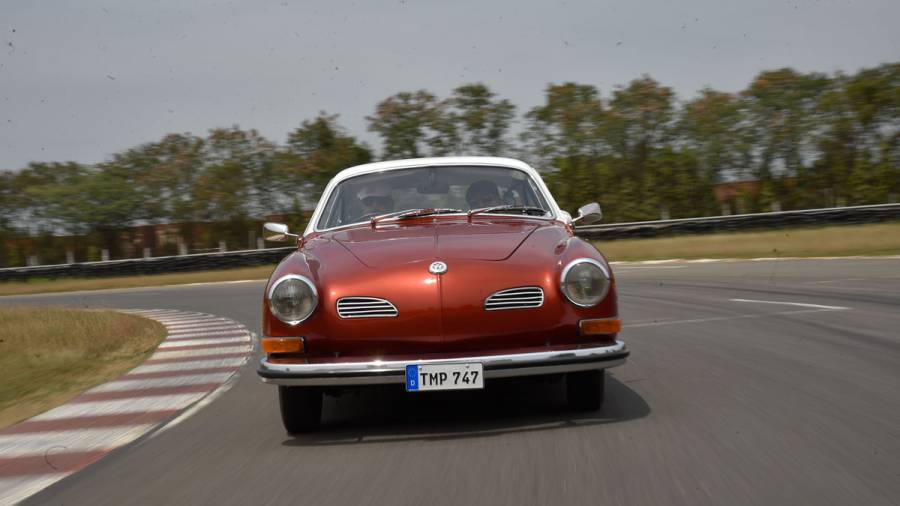 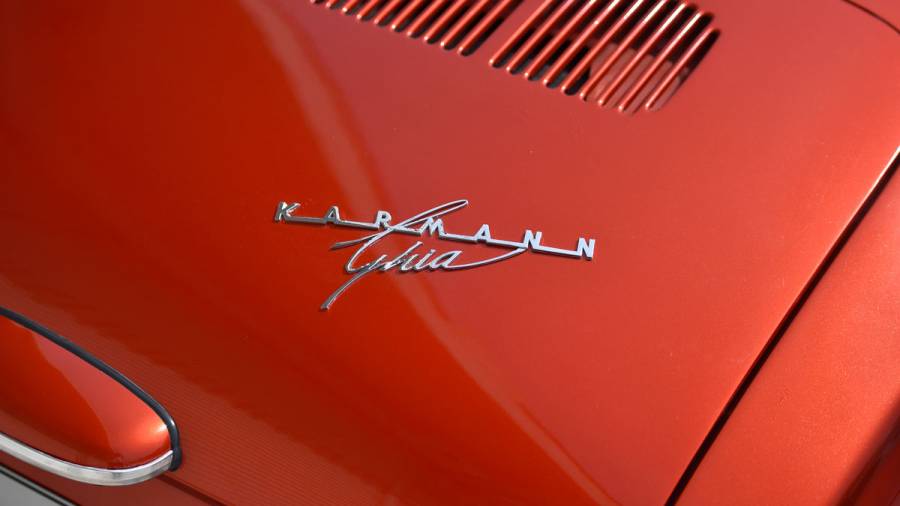 Since this coupe was made to fit on the Beetle's rather short chassis, Ghia placed the cabin in the centre, as a result of which the driver sits almost in the middle. While some consider the styling of the Karmann Ghia to be eccentric, in my view it's got character and charm. In fact with all those curves and smoothly flowing lines, it's actually attractive. 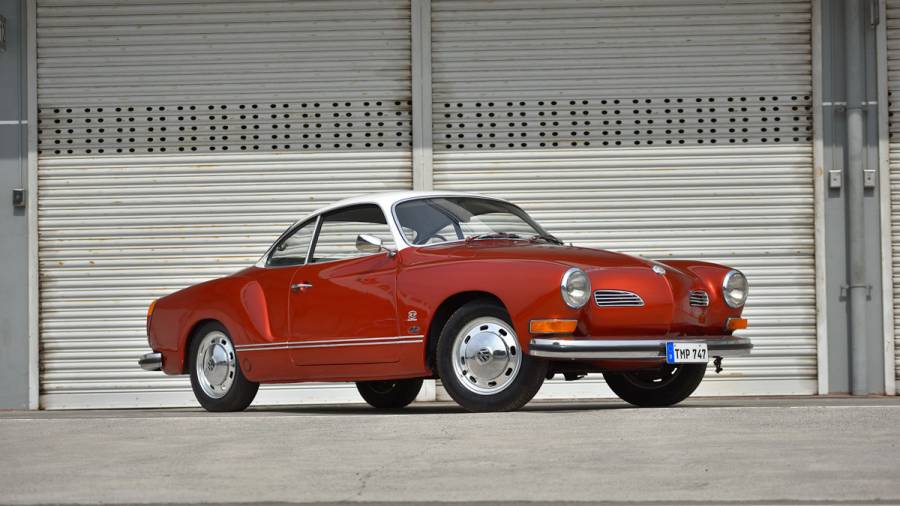 The driver sits low and almost in the middle

This Karmann Ghia has a 1600 cc Dual Port engine that makes 60 bhp and can take it to a top speed of 145 kph. It comes with a four-speed manual transmission and the disc brakes on the front ensure it stops faster than it accelerates! But the lack of outright speed is offset by the fact that due to the Karmann Ghia's low height, you sit close to the ground, which makes the sense of speed, higher than in reality. 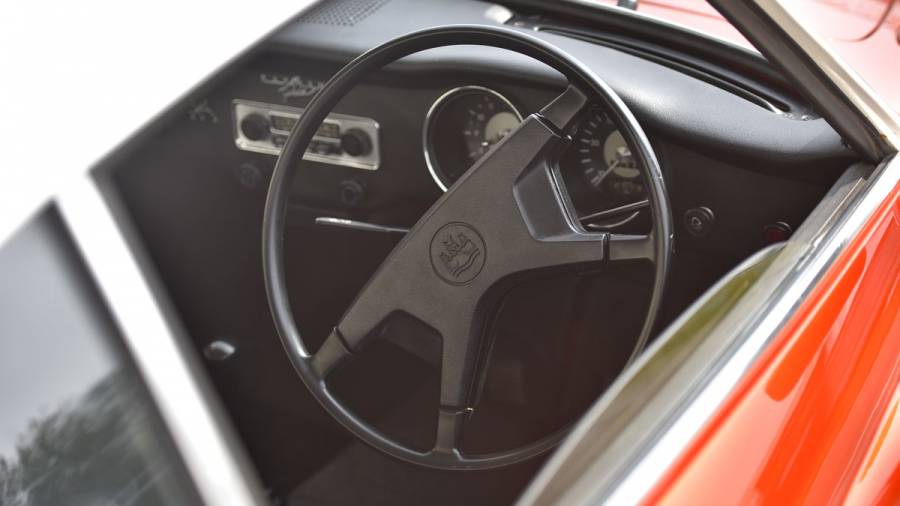 The interiors are simple and business like, which gives it a classic feel 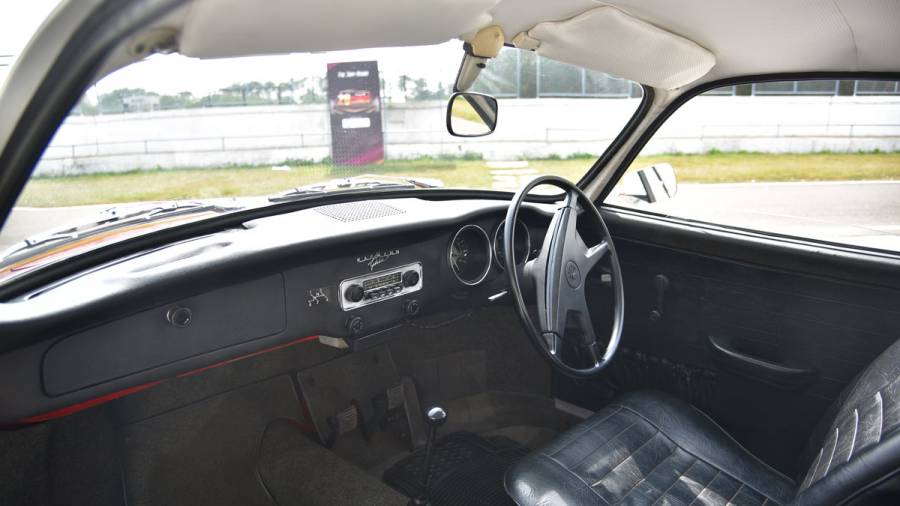 Compared to a modern car, the dashboard is minimal and unfussy and that's what makes it so likable

This made driving the Karmann Ghia on the race track more entertaining. The distinctive beat of the engine and rubbery gearbox with short throws, are clear giveaways that under the sleek skin beats the heart of the Beetle. Which is not such a bad thing, because the VW Beetle is the best-selling car ever. 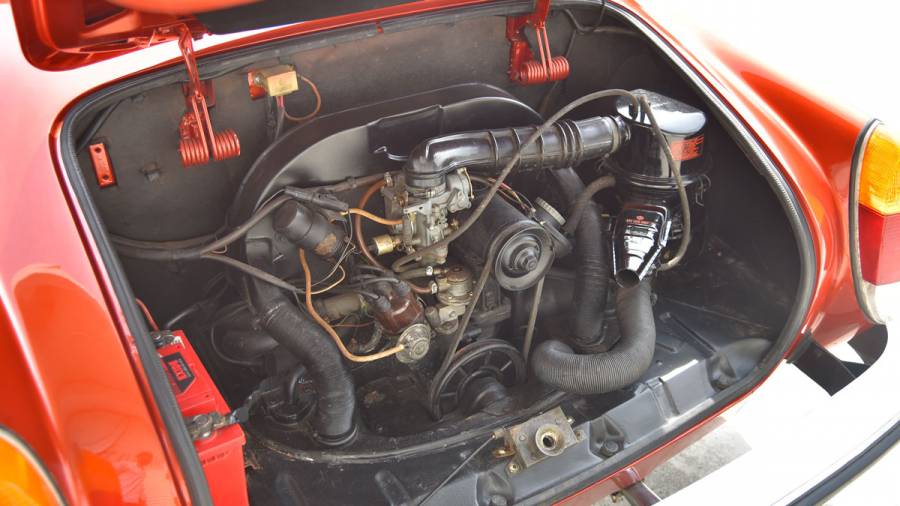 Like in the VW Beetle that it is based on, the engine in the Karmann Ghia is also at the rear 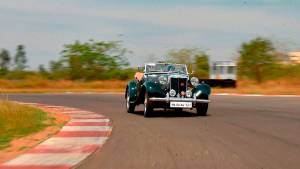