For those who seek the wind-in-the-hair experience, Chevrolet has unveiled the convertible avatar of the iconic Camaro. The American manufacturer says that the entire 'topless' operation is fully automatic. Raising the roof (quite literally) or lowering it into the boot is possible even when the car is in motion, but only at speeds up to 48kmph. A hard tonneau cover forms part of the roof. 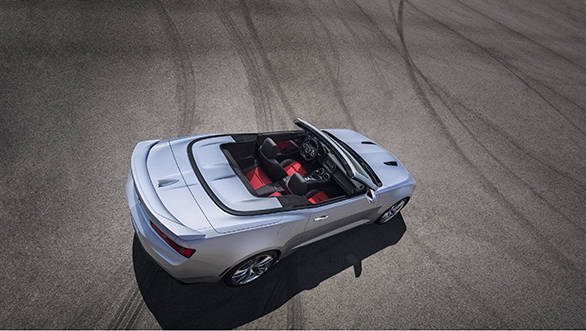 The Chevrolet Camaro Convertible has a stiffer and lighter structure than the outgoing model with a 90kg weight reduction. Al Oppenheiser, Camaro's chief engineer said, "From the beginning, the Camaro's architecture was developed to incorporate a convertible with uncompromised driving dynamics. Customers will appreciate what they don't feel; quivers, cowl shake or an under-damped chassis typically found in a four-seat convertible." 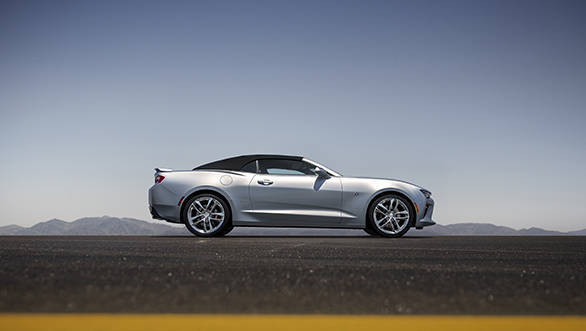 The 2016 Chevrolet Camaro will be available in two variants, LT and SS. Engine options include a 2-litre turbo that produces 275PS, a brand new 3.6-litre V6 that generates 335PS and the range topping 6.2-litre V8 that produces 455PS. Each engine can be specced with either a 6-speed manual or an 8-speed automatic transmission.

Sales of the new Chevrolet Camaro Convertible begin in early 2016.