General Motors CEO Mary Barra announced a $1 billion investment package for Chevrolet India in New Delhi recently. This investment package is to support a new range of products (10 new products) and capacity expansion in India over the next five years. 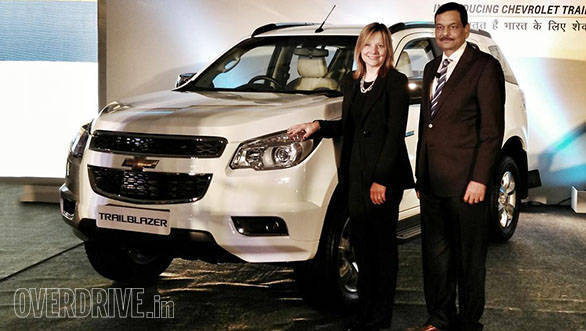 Among the new products will be the Chevrolet Trailblazer, an SUV which will come out by the festive season - posing here with GM CEO, Mary Barra

This investment plan is part of a larger $5 billion investment plan announced just yesterday to support an all new vehicle family for customers in Brazil, China, Mexico and India. This business expansion comes in at a very crucial time for Chevrolet India especially since business for the American major is at an all time low.

Ironically though, Chevrolet India will halt production at its Halol facility in Gujarat which is also its first plant in India. However, the investment will strengthen its facility at Talegaon. Chevrolet India intends to open up 12,000 new job opportunities through this plan in addition to doubling their growth by 2020 and also increasing exports to 30 per cent, which will be a major area of focus.

Production at the Talegaon facility will be increased to 2,20,000 vehicles against the 1,30,000 it is capable of presently. 30 per cent of this annual production is intended for exports.

And now with the new portfolio, Chevrolet intends to create a one all-new vehicle family that can replace several existing vehicles. This is nothing new and is an already globally accepted and practised strategy employed by most European manufacturers. This strategy will effectively bring better production cost efficiencies to Chevrolet as well as more affordable products to customers. The vehicle family is being developed by a global group of engineers though principal development and core engineering on platform and engines will take place through General Motors Chinese partner, SAIC Motor.

Chevrolet India will introduce 10 new products over the next five years. These new products will be the Chevrolet Trailblazer, an SUV which will come out by the festive season, followed by the Spin an MPV expected only in 2017, however, these aren't part of the new vehicle family. 2016 will see Chevrolet busy consolidating and expanding its reach in India to prepare for the coming products. To add to that portfolio we will also see the new Cruze and Beat hatchback, details and images of which were recently shared here.

More from OVERDRIVE on Chevrolet's plans for India:

General Motors India to launch the Chevrolet Trailblazer SUV in 2015 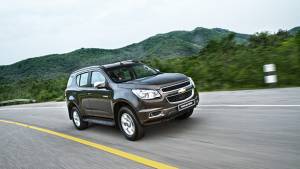