Convergence Energy System Limited (CESL) has reported that Ladakh has now put in its first-ever solar-powered EV charging station. It is also confirmed that 10 Hyundai Kona Electric cars have been inducted into the government fleet through CESL. 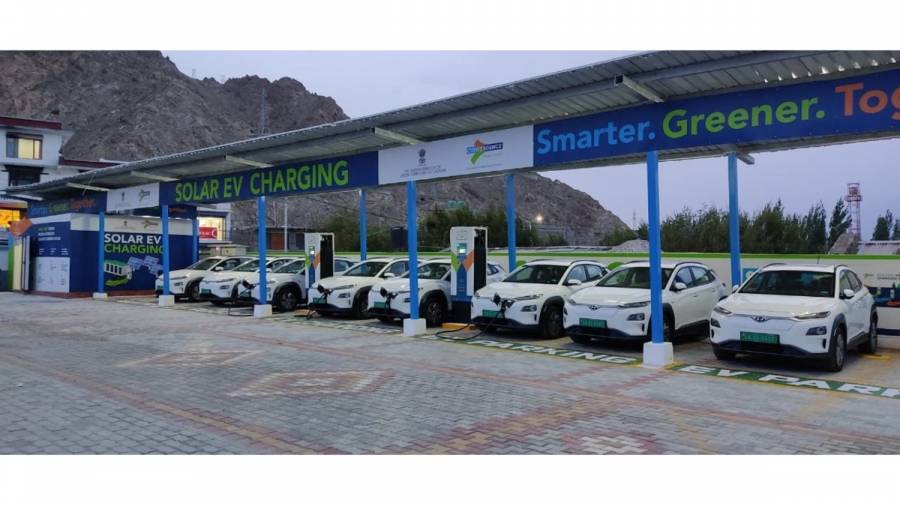 CESL stated that this is a first-of-its-kind solar PV-based EV carport and comes with a rooftop powerplant and battery energy storage system. There are 2 chargers of 60kW with 2 CCS2 guns each, 50kWp Solar on the Carport and lithium-ion battery storage of 762 kWh.

The company took to Twitter along with a video of the Hyundai Kona's charging and shared this news. CESL is taking these steps in Ladakh to achieve 100 percent carbon neutrality in the region.

CESL is a subsidiary of EESL and works to strengthen electrical automobiles and EV charging stations across India.