Bultaco is a Spanish brand that was conceived in 1958 and built a series of race and off-road biased motorcycles till it went bankrupt in the early 1980s. In 2014, Bultaco announced that it was going to make a comeback, but this time the brand would be focussing on electric bikes. In December last year, the brand showed off the Brinco concept which is a essentially a bicycle that can also be propelled by an electric motor while retaining the pedalling function. 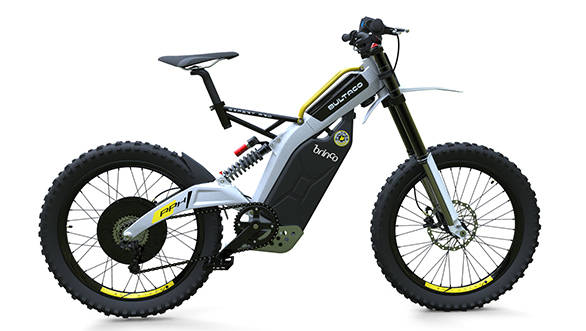 While it sounds relatively simple, this is in fact quite a technologically advanced machine. The 1.5kW motor has three modes -Sport that provides 2kW of max power and 60Nm, Tour that reduces power to 1.5kW but retains the 60Nm and Eco that dishes out a low 0.8kW as well as the same 60Nm. The battery takes 3 hours to charge and lasts for about 30km but with a combination of pedal power and battery assistance Bultaco claims a range of over 80km. The batteries are also easily removable and portable which allows them to be quickly swapped, further increasing the range. Paco Bulto Jr, the son of the company founder, explained why the company has gone electric, "My father always used to say that the ideal thing would be a motor with a constant torque, with the same response under any number of revolutions, for a motorcycle without gear shifts. And he would say - 'as if we had an electric motor'."

The Brinco is a novel take on a motorcycle - there's nothing quite like it out there. Think of it as an electric bike meets bicycle meets trial bike meets motocrosser. The frame is built out of aluminium and Bultaco says with the 8kg battery, the Brinco tips the scales at a modest 39kg. Twin shocks up front, a rear monoshock with 220mm of travel and a 9-speed manual gearshift round off the technical specs. Top speed is quoted at 60kmph but this machines isn't so much about going flat out as it is about tackling any sort of terrain, urban or wild. Discs on both wheels should provide strong braking performance while the 24 x 3.0-inch wheels are sized for maximum stability.

The Brinco also has a rather intelligent security system that allows it to be unlocked using a simple wristband, negating the need to carry keys around. It also links with your Android or iOS device to tell you how much charge is in the batteries and can upload a log of distance, speed and energy consumption details to the cloud. An optional SIM also allows you to locate the vehicle.

The Brinco doesn't come cheap. It costs 4,800 (Rs 3.4 lakh) in Spain which is roughly the same price you could get a 390 Duke for in the same country. But despite the eye-watering price, the Brinco promises to be a highly capable and completely unique machine. It won't be long before we see them doing some amazing things on YouTube. As of now it would appear that Bultaco is only making 175 of these of which 35 are still left, according to their website. However, the firm has announced that its brand new plant in Barcelona will be running at full tilt shortly, with an initial annual capacity of 1,000 units. We wish Bultaco all the best and hope to see more innovative machines from them in the near future.

More from OVERDRIVE on Bultaco:

Bultaco to make a comeback in 2015 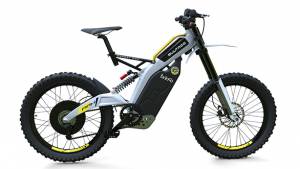