Further up the Volkswagen food-chain, Bugatti has delivered its 400th Veyron  a Jean-Pierre Wimille Gran Sport Vitesse to a customer in the Middle East. The original intention when Bugatti was re-introduced by the Volkswagen Group in 2005 was to build 300 Veyrons but it later extended the production life with 150 Gran Sport convertibles. Of those, 100 have now been sold, leaving 50 cars still available. 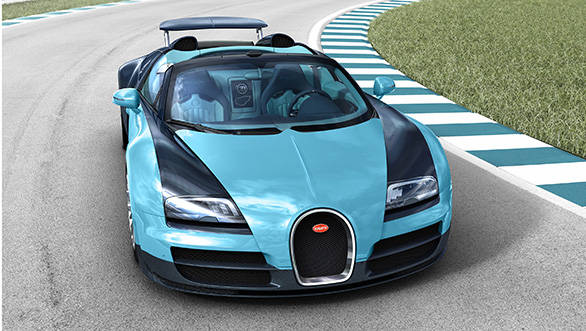 Bugatti has recently gone into the even more esoteric area of six special editions named after famous personalities in the marque's history. These are 1,200PS Gran Sport Vitesse models, each limited to three examples and sell to collectors (some squillionaires will want all six) for a cool 2.13 million Euros. The three announced so far are named Jean Bugatti (founder Ettore Bugatti's son) and Jean-Pierre Wimille and Meo Constantini, team drivers in the 1930s.