My Eco Energy (MEE), a Mumbai based renewable fuel company, has recently launched Indizel diesel drop-in fuel in India. The company mentions that Indizel is an ultra-premium sustainable fuel that complies with EN 590 quality standards and BS-VI and Euro 6 emission norms. Further, being EN 590 compliant Indizel can be used in all diesel engines without any engine modification or blending limits. The company plans to retail Indizel through MEE fuel stations, located at different points across Maharashtra. Also, MEE plans to launch more than 300 outlets in the state of Maharashtra by 2019. Indizel is a drop-in fuel which is an alternative fuel that is completely interchangeable and compatible with a particular conventional (typically petroleum-derived) fuel, without any engine modifications. The company also mentions that Indizel complies with the latest amendment to the National Policy on Biofuels that came into effect from May 2018. 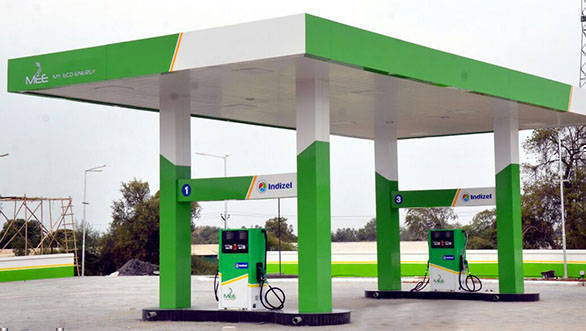 MEE plans to launch more than 300 outlets in the state of Maharashtra by 2019.

"Many prominent cities in the state are suffocating, constantly recording high levels of air pollution. There is a pressing need to move to a greener and cleaner fuel without effecting performance and deliveries. Indizel reduces tail-pipe emissions by more than 80 per cent that substantially brings down pollution and delivers better performance and economies to the engine than any variant of diesel." commented, Santosh Verma, co-founder, My Eco Energy. 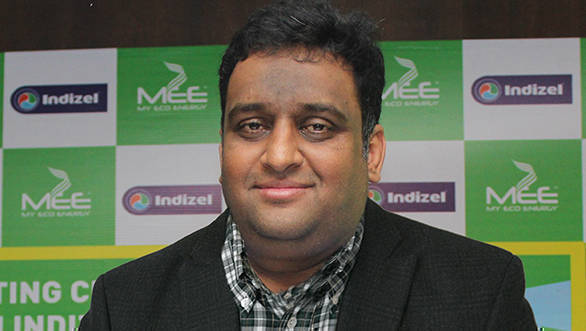 "Indizel reduces tail-pipe emissions by more than 80 per cent that substantially brings down pollution "- Santosh Verma, co-founder, My Eco Energy

MEE fuel stations are fully automated and fueling is possible only through mobile app with pre-loaded money. MEE also provides provision to install an on-site fueling booth that will be functional 24x7 to cater to the transport, shipping, agriculture and livestock, manufacturing and automotive, construction and mining and more. The company claims that due to its higher cetane number than diesel, Indizel's combustion is better, resulting into 25 per cent better torque and horsepower under standard test conditions, enabling engine to achieve its optimum capacity, lesser noise and more power. Additionally, Indizel is also higher in efficiency than conventional diesel and is less polluting thanks to the lesser particulate residue, can start at a lower temperature of 12 degrees and is cheaper by 7-8 per cent to manufacture as compared to the conventional diesel fuel.