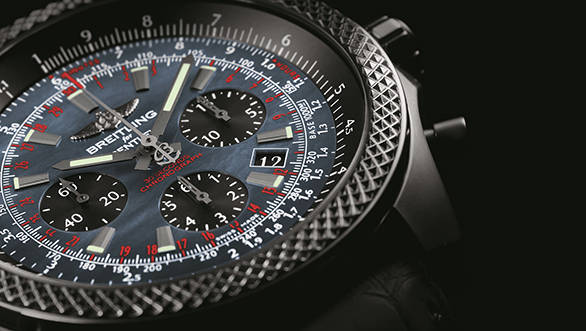 The new wristwatch is highlighted with a satin-brushed steel case. The bezel features a motif inspired by Bentley's trademark radiator grille design theme. Both the steel case and the bezel get the black high-resistance carbon-based treatment. The dial features a black mother of pearl background, matte counters, and white and red indicators. Flipping the watch reveals a transparent casing which allows you to observe the oscillating weight, shaped to look like a wheel rim. Its 30-second chronograph system can be distinguished by its central hand, performing a full sweep of the dial in half a minute. According to Breitling, the above mechanism ensures extremely accurate 1/8th of a second time readings.

An exclusive 'variable tachymeter' function is also present in the B06 Midnight Carbon. It is used to measure an average speed at whatever the time elapsed, the distance covered or the speed reached. The tachymeter is based on circular slide rule which basically is a mechanical analogue computer, used to measure lengths by addition and subtraction.

Priced at Rs 8.91 lakh, the Bentley B06 Midnight Carbon is available with a black rubber strap bearing the Bentley signature or a rubber and crocodile leather strap. 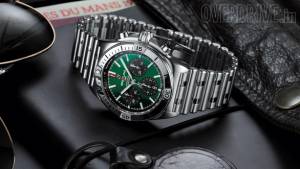 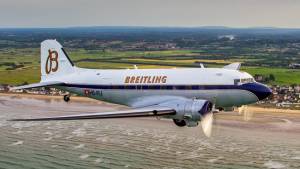 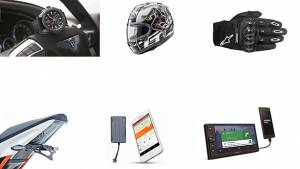