Amittrajit Ghosh And Ashwin Naik competed in the first round of the British Rally Championship, the Mid Wales Stages Rally, in a Ford Fiesta R2T. The duo, competed in the BRC 4 class and finished the rally 29th out of 31 finishers. This was enough to seal third place in class. 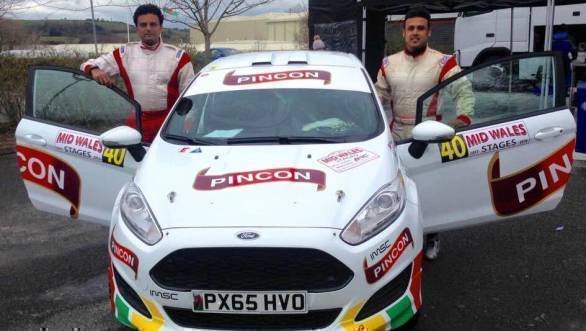 While the pair initially led their class by 55 seconds, trouble during the last liaison on Day 1 threw a spanner in the works. Then a 20 second penalty dropped them from second in class to third.

While Ghosh hasn't confirmed whether he will compete in the entire season of the BRC, he is looking to test the Ford Fiesta R5 later this year. The Team Mahindra Adventure driver also to attempt a few rounds of the European Rally Championship or WRC2 this year.