Brand new Toyota Innova on its way to India in 2016

Toyota has a brand new Innova to replace the car that was by far its most successful model in India. The new Innova gets a raft of changes and is a bigger, more premium machine than the car it replaces. 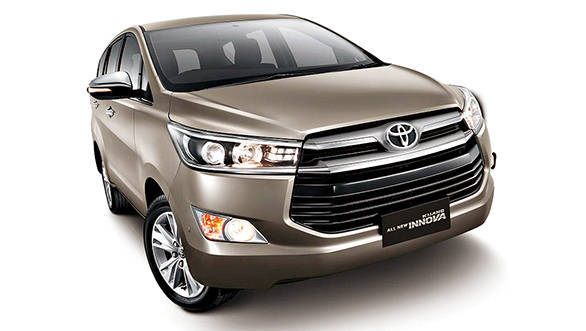 It gets a sleeker face and tail while the side remains quintessentially Innova with a boxy, MPV like profile. The top end car Q variant in Indonesia gets LED projector headlamps, daytime running lamps and LED tail lamps. In addition to this, it gets 17-inch wheels while the base and mid G and V models use 16-inch wheels. The interiors see a big jump in quality and from the images, the car looks more spacious as well. The dashboard gets a very smart layout, much better than the current car and the Q variant gets faux wood trim. There is also the 8-inch touchscreen infotainment system, front and rear climate control, as well as auto up and down function for all the windows. The instrument cluster is all new and gets a TFT full colour multi-information display. Captain seats in the middle row and flip-up tray tables are available. Keyless entry and go is also on offer. 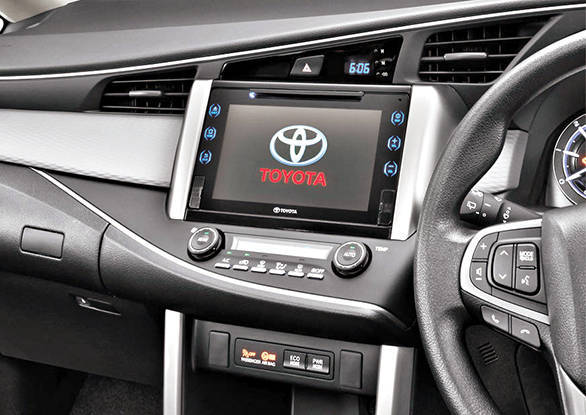 The new Innova now gets a completely refreshed interior which thanks to the increased track, is more spacious as well. There is also an 8-inch touchscreen infotainment unit that the Indonesia-spec car gets which the Indian version could also get

The new car continues with a ladder frame chassis and has the same double wishbones up front and a four link rear. It retains the same wheelbase but is now 150mm longer and 70mm wider. Toyota has also increased the front and rear track by 30mm, in an attempt to improve the handling characteristic. There's no word on kerb weight as yet, but the Indonesian car gets a brand new engine that is nearly 50 per cent more powerful. The 2.4-litre engine is part of Toyota's new GD family and gets two transmissions options  a 5-speed manual and a 6-speed automatic. It makes 149PS and 342Nm (360Nm when equipped with the automatic transmission). The car comes with two driving modes  Eco and Power. 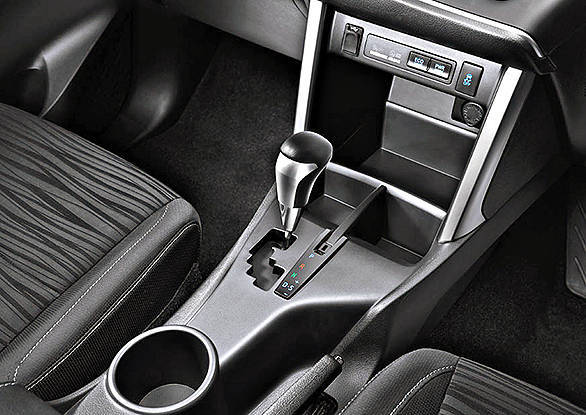 Safety has been given priority with ABS and dual front airbags as standard, something which we expect Toyota to offer in India as well. The Q model also has knee, seat and curtain airbags as well as ESP and hill assist.
We expect Toyota to showcase and possibly even launch the new Innova at the 2016 Auto Expo. However, there's little doubt that the car we get here will be specced differently from the Indonesian car. Going by the more powerful engine and added features, we expect the new Innova to be priced significantly higher than the current car which costs between Rs 10.6 and 15.9 lakh ex-Mumbai. It could be more affordable if Toyota offers the new car with the existing engine but we're not yet certain whether the new platform will allow that. We should have more details soon.

TKM witnesses a 143 percent increase in...