BMW Motorrad Definition CE 04 electric concept is not too far from reality, has a range of 120-130km

The latest in the electric two-wheeler world is BMW Motorrad Definition CE 04, an electric scooter concept that is much more than just a mouthful of a name.  Firstly, this isn't the first time that BMW has dabbled with an electric two-wheeler, case in point the C evolution scooter. However, the Definition CE 04 is going to form the basis of many more 2W EVs from the brand. Also, BMW has confirmed that the Definition CE 04 will make it to the dealerships with most of the design elements seen on the concept. Though, the launch date has not been mentioned as BMW mentions that it will take a couple of months for that to happen. BMW Motorrad has not disclosed any details on the technical specifications of the CE 04 but has only revealed that riding range, which will be in the range of 120 to 130km under normal riding conditions. 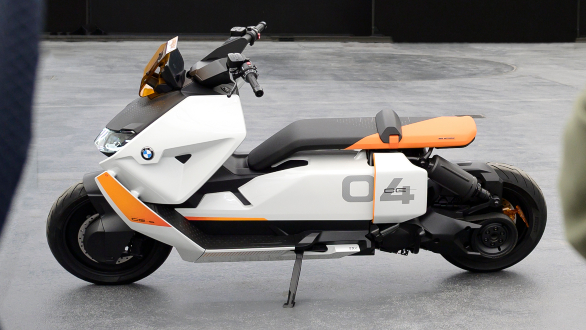 In case the design of this concept looks similar, the BMW Motorrad Definition CE 04 takes it ahead from the Concept Link scooter that was showcased at the 2017 Frankfurt Show. The CE 04 retains most of the lines and creases from the Link concept. The CE 04 is one of the two electric scooter concepts that the company is believed to be working on. The other offering could be named CE 02 as these two names have been officially registered by the company for its electric scooters along with separate naming based on the DC range for electric bikes.

"The BMW Motorrad Definition CE 04 is the logical continuation of the electromobility strategy for urban conurbations and provides a concrete preview of what a contemporary production vehicle could look like, with which will take two-wheel electric mobility in metropolitan areas to a new level, both technically and visually," mentions, Edgar Heinrich, Head of Design at BMW Motorrad. 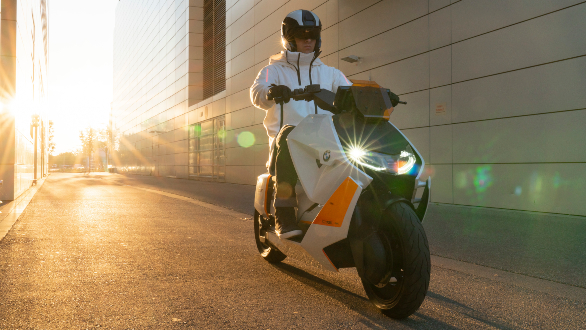 We have managed to transfer many innovative elements and details of the concept into the series. The technical realities of electric drive  such as the flat energy packs in the underfloor and the compact drive train  allow us to create a highly distinctive design which defines a new, urban aesthetic and which differentiates itself clearly from conventional styling. A design that follows the basic needs for simple functionality, clear aesthetics and the digital reality today's users live in. The new architecture has led to a visual revolution and has produced many new design themes. Maybe it will polarise, but it will definitely stand out," commented, Alexander Buckan, Head of Vehicle Design BMW Motorrad. 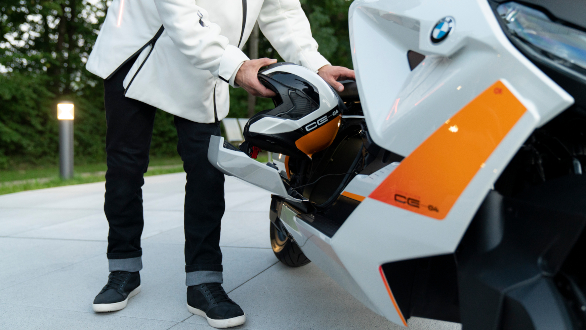 In terms of design, the CE 04 is centred around the slim battery that is placed along the length of the electric scooter. This has given the BMW designers liberty to be creative with space for storage as well as provide a platform for the seat. Storage is said to be generous with a side-opening compartment that can carry your helmet and will also have illumination.

"A scooter is not a "fun bike" which is taken for a ride in the mountains in fine weather, but a practical everyday vehicle for driving from home to the office or meeting friends in the evening - simply a vehicle for every day in the city," says Alexander Buckan. "

He further adds, "That's why we dealt intensively with the design of the drive and energy storage system in order to make it meet the needs of the actual user: The urban target group mainly rides short distances of approx. 12 km per day. Long-distance comfort is therefore less important than variable ergonomics and easy accessibility. In this way, we were able to create a "floating" seat bench seat, which allows you to glide comfortably onto the vehicle even from behind. It also offers improved ergonomics for single riders, regardless of leg length and height." 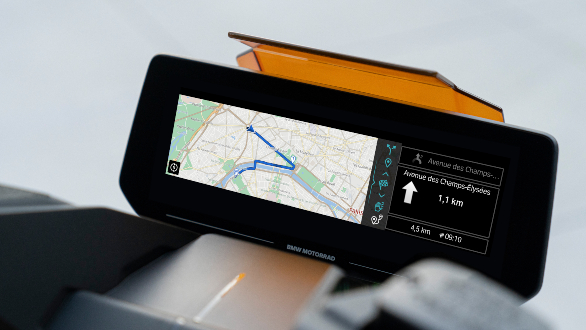 Something that BMW Motorrad has constantly shown its prowess is in the on-board instrumentation, be it on its middle-weight offerings or the flagship, R1250 RT. The CE 04 gets a 10.25 inch display is the largest in the scooter segment to date, which is believed to be similar to that of the RT.

Recognising the importance of riding gear, BMW Motorrad has developed a unique set for the CE 04 rider with a casually cut warm parka suitable for everyday use. Black riding jeans, stylish sneakers and a white open face helmet complete the look. The parka in a broken white tone offers a high degree of wearing comfort, mentions BMW. 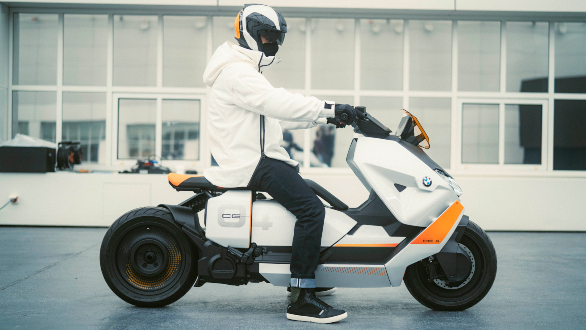 The high-tech material of the parkas is waterproof, robust and breathable. The flexible protectors incorporated into the parka provide the safety expected from BMW Motorrad. Innovative features such as the integrated light guides in the sleeves and hood ensure greater visibility in road traffic and can be switched on and changed in colour via sensors in the sleeve. To ensure that the rider is always fully charged up, the inside pocket of the parka has an inductive charging field for the smartphone.