Speaking at the occasion, BMW Group India president Vikram Pawah said that with an existing range of the motorcycles that cater to all kind of riders, the brand intends to increase its presence through opening more dealerships in the country. After the recently concluded EICMA 2017 in Milan, Italy, we could also expect to see the BMW F 850 GS and F 750 GS in the country soon. These may be the first mid-sized motorcycles from the German brand to come to the country. 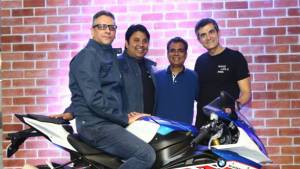