BMW isn't hedging all its bets on pure electric power alone, with big plans for hydrogen fuel-cell powered electric cars in collaboration with Toyota - as a side line-up to complement its pure-EV range. Of course all this depends on the how feasible FCEVs turn out to be (in terms of infrastructure development majorly) and its first production FCEV, the BMW iX5 Hydrogen, is fitting proof of concept of self-generating electric vehicles. The SUV is currently undergoing its final phase of testing in winter conditions near the Arctic Circle. 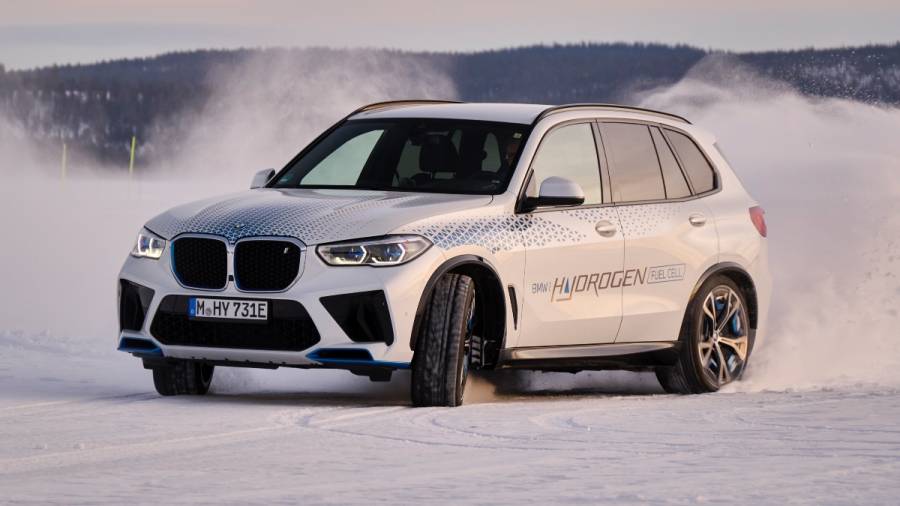 BMW claim the iX5 Hydrogen prototype (currently rear-wheel drive) has been able to provide full performance (estimated range of 500km) in conditions as low as -20 degree centigrade courtesy its two carbon fibre storage tanks that hold 6kg of compressed hydrogen, while the otherwise-waste heat produced as a by-product by nature of the energy generation process is used to warm the cabin. This stands in stark contrast to pure-EV models that usually see a drastic reduction in range in cold conditions due to battery inefficiencies when outside of their ideal operating temperatures.

The BMW iX5 Hydrogen, while only holding few visual differences to the IC-engined model in the form of blue accents, aero wheels and a full diffuser, replaces the combustion-powered running gear with hydrogen storage tanks located where the gearbox and driveshaft would sit. The iX5 Hydrogen will be powered by two electric motors, one on each axle, of the same fifth-generation eDrive tech as the motors found on the flagship pure electric BMW iX. 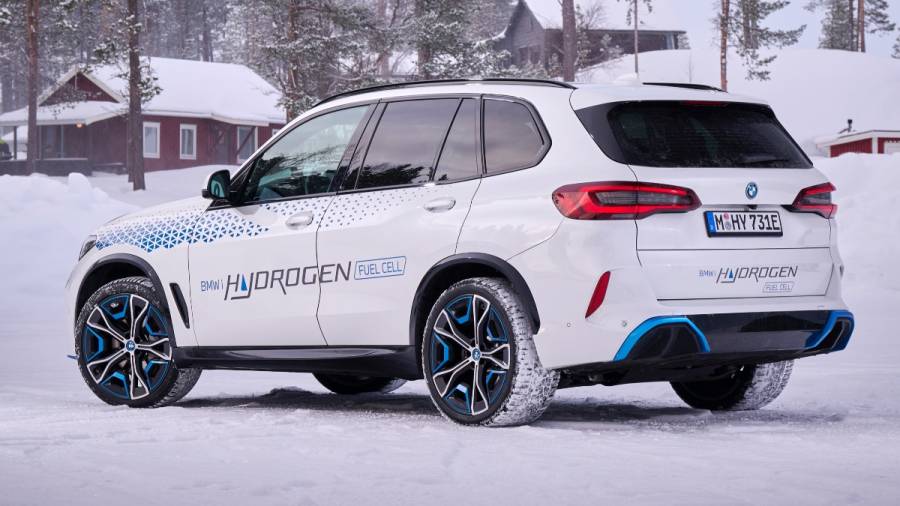 In the iX5 Hydrogen, the motors output a maximum of 374PS, or a significant improvement over the 326PS of the base BMW iX xDrive50. However, it must be noted that the peak figures can only be achieved in short bursts of acceleration via energy stored in the performance buffer battery - under regular driving conditions the iX5 Hydrogen produces about 170PS. Like we said, the current range is estimated at 500km, but BMW claim further range enhancements can be made. Likewise, the hydrogen tanks can be refilled in three to four minutes, more closely mirroring refill times of a conventional combustion-powered car.