BMW International GS Trophy Day 7: Camping at the edge of the Gobi Desert in the Ongi river

As I opened the door to leave the press tent last night, a gust of sand and dust caught me straight in the face. Visibility was really low as the desert erupted in a sand storm. It took me a bit to find my tent or at least what was left of it, filled up completely with sand. There was sand everywhere, bag, boots, and the back of my throat BMW was prompt to find a few Gers for those of us who had our tents blown away. Sanket and Suprej were already in their tents, which is why they weren't blown away and boy was it a loud and restless night for them. 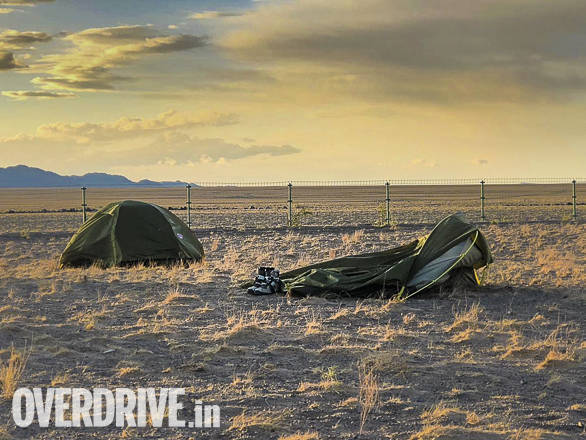 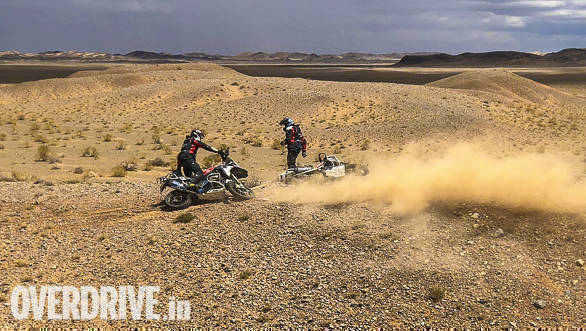 Team India at the towing challenge on the special stage 1. Dropping the motorcycle is a knockout. We were one of the many teams that were unable to complete the challenge

This morning at rider briefing this morning the BMW team announced that all teams that we short of a capable team member could have the team journalist step in. This was optional but also if we had any chance to climb the table, it was best that I did. Today had two special stages, one halfway though our ride. The other once we reached camp. The first special stage was a vehicle breakdown simulation. This meant that one motorcycle had to tow the other with a towrope attached to the foot pegs. Failure to stay on the course or falling over counts as a DNF. Simple right? We thought so too, until we got on the course (no sighting lap is permitted) The course started with a deep sand trap climbs up right handed corner up a hill and winds along the ridge before coming back down. Suprej did the towing, while I was controlling the motorcycle being towed. We made it through to the end of the ridge right before the downhill, but some deep sand caught us off guard and we tipped over the bike being towed. But the only solace to this was that all but maybe six teams were able to complete this challenge. 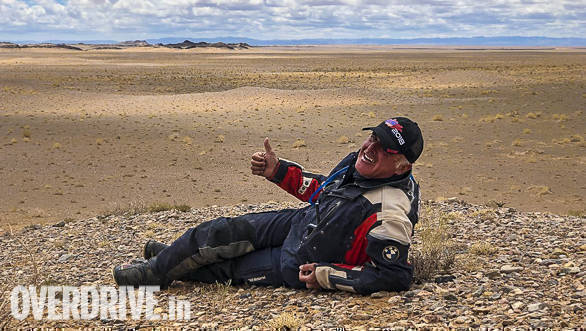 Tomm Wolff taking some time off at lunch 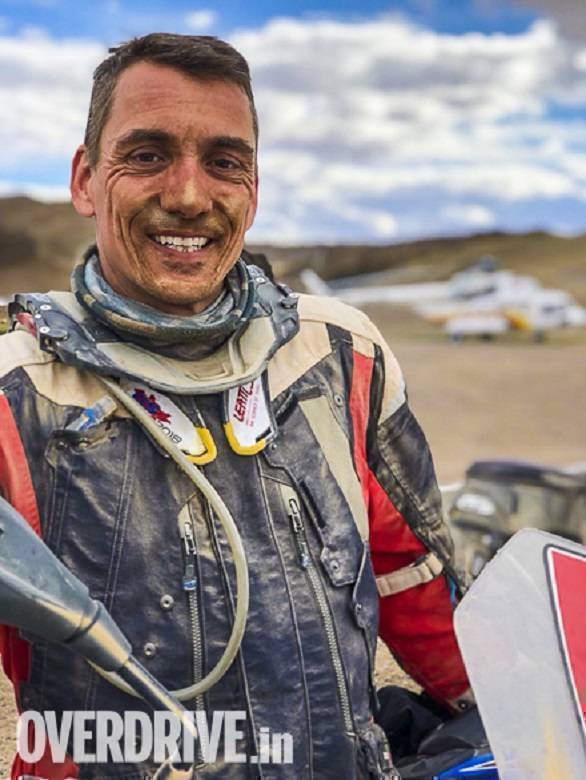 Martin kern from Germany sums up today's ride with his smile.

The second timed challenge, called the Marmot challenged was a simple who pitched and removed and repacked a tent the quickest. Although we were at a disadvantage here because we were short of a set of hands, but we think we did pretty good. The results of today's special stages will only be announced tomorrow morning, so we'll keep you posted on that. In the mean time the GS Trophy is at it's half way mark and after three days of riding through the Gobi, the caravan is moving back towards the north. Tomorrow promises to be another exciting day with some tough challenges but completely different scenery. And in case you're wondering South Korea still leads the standings while India sits third from the bottom. Team India at the marmot challenge, the second of the special stages today