The last 24 hours have passed by in what seems like forever. Pain, concern and uncertainity through the night kept Team India on edge. Here's why. After we pulled into camp late yesterday Winston went to see the medic after he complained of pain in his lower back and groin after an off in the sand. The doctor on call gave him a once over and for his safety it was decided to send him to a hospital for further checks. They ran a bunch of tests all through the night, and further into the morning and as all the reports confirmed Winston is in perfect health. 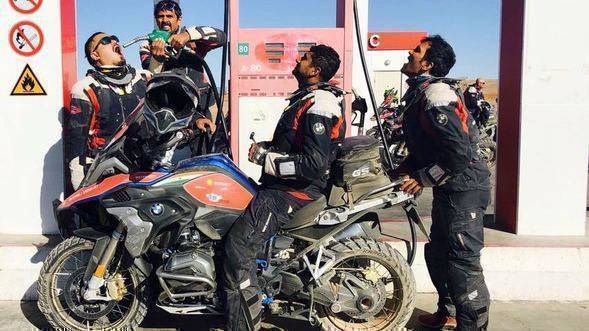 However in light of this and three other incidents during yesterday, organizers decided to cancel special stages today allowing teams to catch their breath and plan their strategies for the next four days. This also however means that Winston will not be able to re join the GS trophy caravan as we've moved further into the desert.  It is unclear right now as to what will happen for the remainder of the competition, however as per the GS Trophy rules, the accompanying journalist may be allowed to step in for a injured or sick participant.  We will only get clarity on this in tomorrow morning's briefing. 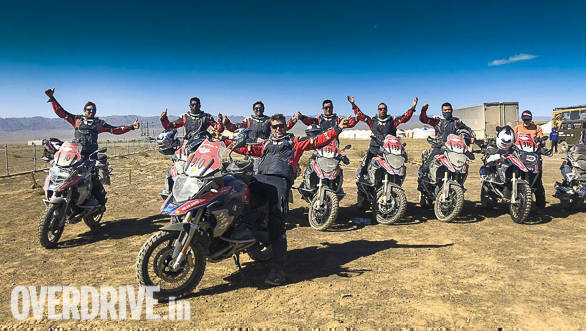 Today's route was supposed to go through some deep dunes in the Gobi. But the re planned  scenic route was quite surprising and really quite stunning. The track we followed wound it's way into a national park where we rode into a deep canyon and at some part had to cross over a melting glacier Mongolia, is really quite ironic. So big, but such few people. So much desert yet a glacier right in the middle of it.

As I type this a storm has moved into the desert and one of the satellite sytems has collapsed. I will quickly announce the results after yesterday's stages. South Korea have surprised everyone and claimed top spot, ahead of Team USA, with India sitting third from the bottom. I will end this blog post now and will send more updates as I can.

Helps us win by heading on here and voting in the GS Trophy 2018 photo contest. This adds to our points tally and is a big morale boost. Voting ends by the evening of June 6, so please hurry.