BMW International GS Trophy 2018 Day 5: In the foothills outside Dalanzadgad

'It's harder than we thought' is what Suprej said in an interview today. And this pretty much sums up the collective thought of Team India. The 270 clicks in the desert today after and already hard ride and then camping out in the cold, windy, vast expanse (and those words can't be more of an understatement in this country) definitely took its toll. 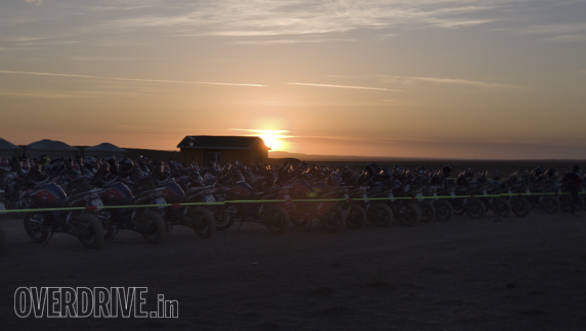 Sunrise at the campsite 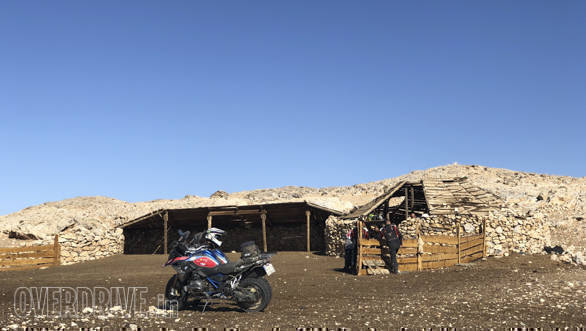 Taking a breather at a nomadic shelter

We were the second group (each group has 4 riders or two teams) off the start line today on the liaison stage and that's always a blessing. The tracks in the sand aren't dug up or deep and there's no dust cloud to eat. 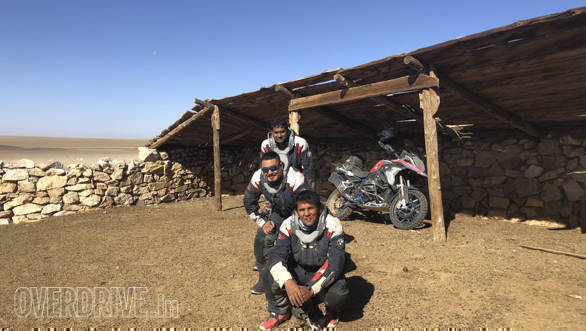 Team India at a Nomadic shelter

But we were also quick to fall back because of some shoddy teamwork by Team India that had six riders get lost. So by the time we arrived at the special stage, we were at the back of the line waiting in the sun and you could see the anxiety showing. 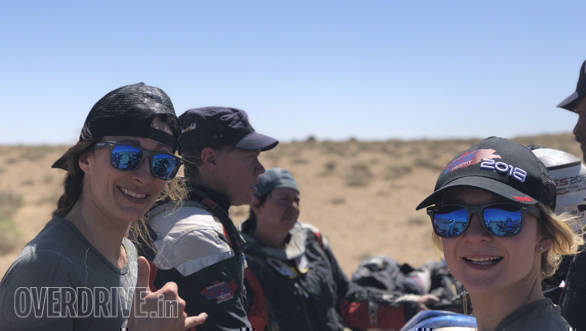 The all-woman team at SS1 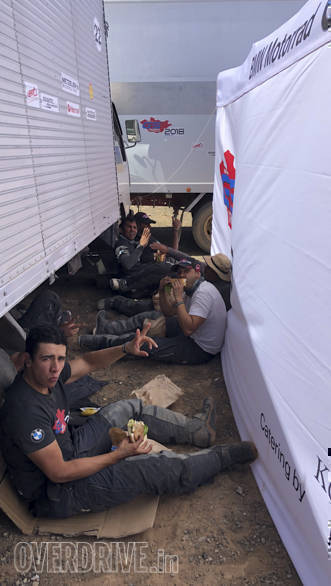 To add to that the special was no easy feat by a long mile. An obstacle course with ascends through deep sand, descents through rock faces and pushing the motorcycle through part of it, although while standing on the right side - something that is rarely a practice. 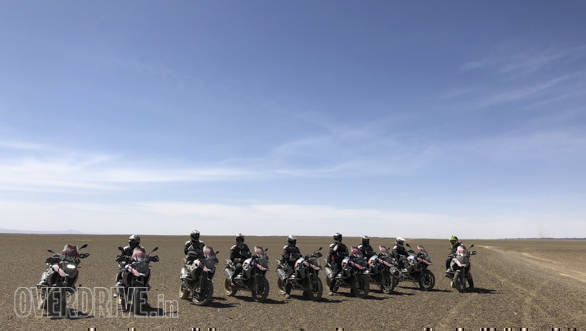 Team India and Team Latin America deep in the desert

The exhaustion after this special stage was evident and it was the beginning of a chain of events that lead to Team India struggling through the remainder of the day. After that fatigue set in, every passing hour on the motorcycle made the sand get softer, the ruts get deeper, and the dust clouds bigger. 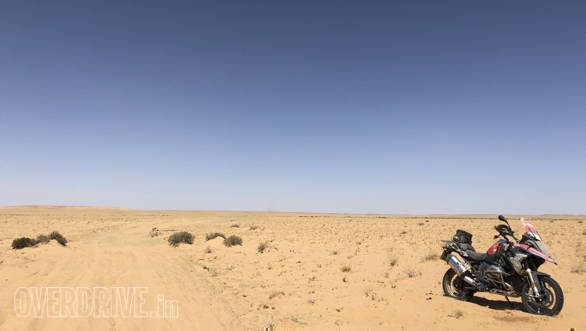 We've finally just rolled into camp, exhausted, bruised and battered. But it's nothing that camping under the spectacular skies in the mountains outside Dalanzadgad won't fix. No?