BMW India to launch the i4 electric sedan in March 2022

BMW is said to be planning to test three electric vehicles in India over the next six months and the BMW i4 sedan is one of the cars that is confirmed to launch in March.

The confirmation of the BMW i4 sedan comes in after BMW recently revealed its intention to debut the completely electric iX SUV in India in December 2021.

In terms of visual appearance, the BMW i4 is obviously connected to the 4 Series with a combustion engine. It has a pretty much-borrowed design, a huge, closed-off kidney grille in front and narrow LED headlights. The quad-hexagon daytime running lights and thin rear L-shaped LED lights are still characteristic BMW components on the i4. The BMW i4 is also distinguished by its coupé-style roofline.

The BMW i4 comes in two power outputs: eDrive40 and M50 xDrive. The eDrive40 is the entry-level model, with just rear-wheel drive with a 340PS and 430Nm electric motor. It is claimed that it can sprint from 0 to 100 kmph in 5.7 seconds. 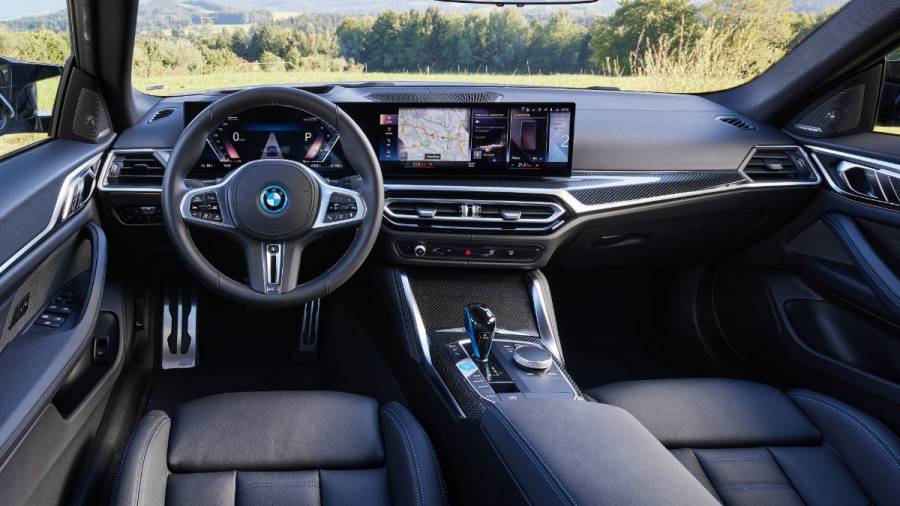 On the inside, there's a 12.3-inch free-standing infotainment screen running BMW's eighth-generation iDrive system, as well as a 14.9-inch curved digital dial display, standard sports seats, and blue accents everywhere as tributes to the car's electric foundations. Apart from displays, the inside of the i4 has luxury eco-friendly upholstery, although consumers may also choose leather.

BMW are yet to reveal the exact dates for the launch of the BMW i4 and how much will the sedan cost.

BMW reveal images of the i7 testing in the snow

BMW unveil the most powerful M car ever, the Concept XM