BMW and Mini get GoPro integration

BMW now allows you to control a GoPro from the cars infotainment system itself. All BMW group vehicles with either BMW Apps or Mini Connected option can make use of this as long as the model year in 2012 or later. Of course you must have a wifi enabled GoPro camera in the first place. 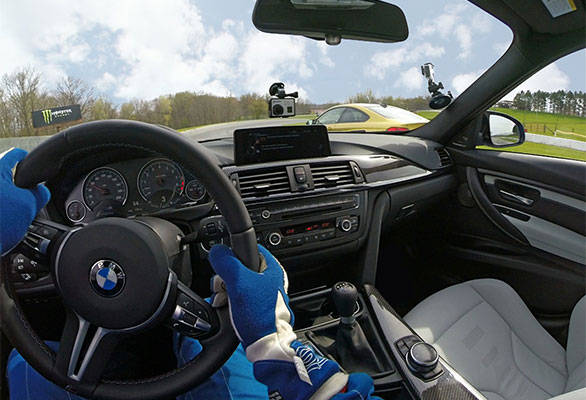 GoPro manufactures video cameras that go by the same name. These can be used to record extreme events in testing conditions. They are also small, light, waterproof and cost between Rs 12,000 and 24,000.

BMW believes that GoPro is a natural fit for BMW enthusiasts. Phil Johnston, head BMW group AppCentre USA said, " The power and flexibility of the BMW Group App Integration Platform coupled with GoPro's advanced camera technology brings new, safe, and engaging experiences to the enthusiasts that were previously not possible. When the camera is connected to the car, it allows GoPro's app to present context-appropriate presets that allow the enthusiast to capture the perfect shot."

The GoPro communicates with the phone (iPhone 4 or later) and this phone has to be connected to the infotainment system to use the features mentioned above. With VW also offering GoPros with Golf GTI in the US, other carmakers might follow the suit.