BMW has unveiled the drop-top version of the second-generation BMW 4 Series, following on the back of the new M4 that debuted a few weeks back. The new convertible carries the same design language as the coupe with a few tweaks to accommodate the new bodystyle.

The 4 Series convertible has been stiffened with convertible-specific bracing, an aluminium shear panel at the front end, and side skirts with high torsional rigidity. This has made it 4 per cent stiffer than the car it replaces. It is also 128 mm longer, with 41mm of it going to the wheelbase, and 27 mm wider. Height is 1,384 mm with the roof
closed. The looks remain largely similar to the new 4-Series coupe, separated only by a new chrome-studded inlay for the full-face kidney grille. 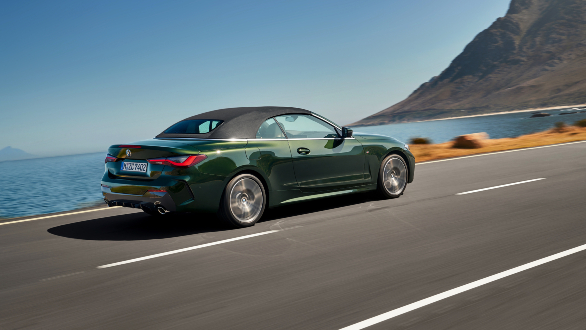 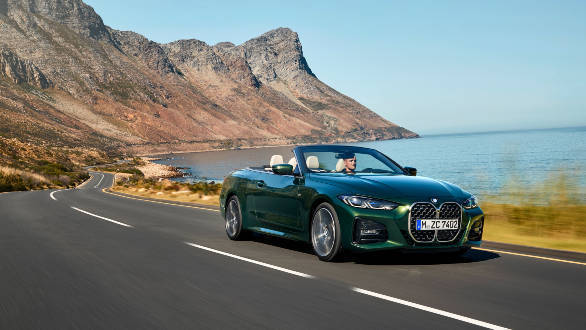 The big change for this generation is the move to a fabric top from the retractable hardtop of the previous car. This uses unique panel bow elements and incorporates a glass rear window and several layers of insulation. The standard colour of the roof is black, with Anthracite Silver available optionally. This mechanism is 40 per cent lighter than the earlier set up and can open or close in 18 seconds at speeds of up to 50 kmph.A wind delflector and neck warmers can be optioned separately. 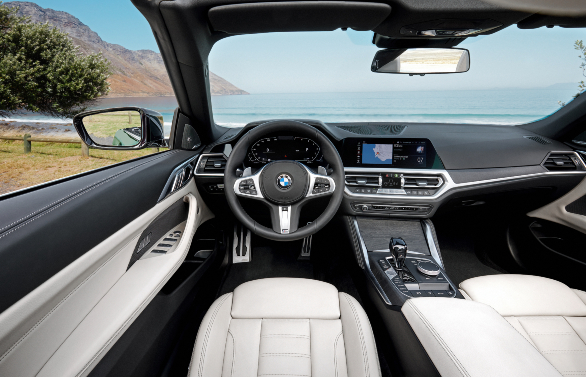 Engine options on the 4 Series convertible include four petrol and two diesels. The ranger toppers are the M440i xDrive with 374PS and 500 Nm from a 3.0-litre inline-six petrol and the M440i xDrive powered by a  340PS and 700 Nm inline-six diesel. The other variants are the 420i, 430i, 420d and 430d, all powered by 2.0-litre petrol and diesel engines. All engines pair with the eight-speed ZF gearbox and come 48V mild-hybrid assistance that adds 11pS. The two top diesel variants will be introduced next year. Aside from this, the 4 Series Convertible has maintained the 50:50 weight distribution of the coupe, it also features a specifically tuned suspension system.

There is no word yet on the BMW 4 Series convertible's India launch. If it does come here, we expect it to be in its higher-spec form sometime in the next year. 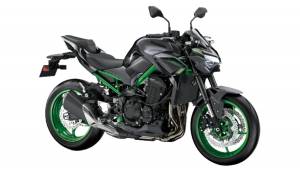