The Bloodhound LSR has hit a top speed of 1010 kmph or 628 mph. The purpose-built land speed record machine achieved this feat at the Kalahari Desert racing track in South Africa. The machine, powered by an EJ200 jet engine, which usually finds application in a Eurofighter Typhoon fighter plane, managed to cross the 5 mile (or 8 km mark) in just 50 seconds.

This 1010 kmph run was carried out in Run Profile 8, which according to the company is a "pre-defined and exacting set of parameters set out by the Bloodhound LSR engineering team." The machine was driven by Andy Green, who is the current Land Speed Record holder (having touched 763 mph in the Thrust SSC in 1997) and is also the first person to break the sound barrier on land. 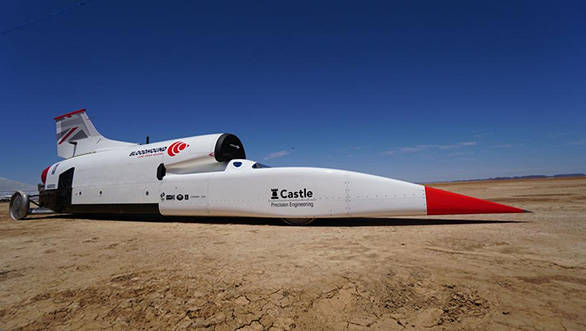 When Green rolled off the line, to begin his run, he was using the engine in "max dry" mode, which means there were no visible flames coming out of the back. Once up to 50 mph (or 80.4 kmph) he is reported to have pushed his foot down past the detent, which in turn pushed the jet engine into reheat or afterburner mode. The Bloodhound LSR then reached maximum velocity in 50 seconds. At 989 kmph, Green lifted off the throttle, stabilised the car, and deployed the drag parachute to slow the car down safely. It came to a halt around the 11km mark.

According to Bloodhound, these runs in the desert were part of a high sped test programme to see how much drag the LSR creates at various speeds. Their data analysis of the last run indicated that the airflow beneath the car was supersonic, and stripped the paint from an area of the car that was three metres behind the front wheels. The data generated from this particular run will help calculate the size of the rocket needed to be fitted onto the car for its new world land speed record in 12 to 18 months' time.

Bloodhound has said that the current EJ200 jet engine generates 9o kN of thrust, which while a whopping 54,000bhp, is alone is not enough to break the Thrust SSC's land speed record of 763mph (1227 kmph). This is why the Norwegian rocket company, Nammo, is developing a monopropellant rocket, which will produce an additional 60 kN of thrust that the LSR will need if Bloodhound is to set a new land speed record on Hakskeenpan desert in South Africa.

Speaking after the 1010 kmph run, Ian Warhurst, the owner of Bloodhound LSR, said, "Our speed objective for these tests was to reach 1,000 kmph. Hitting 1,010 kmph is a real milestone and shows just what the team and the car can achieve. With the high speed testing phase concluded, we will now move our focus to identifying new sponsors and the investment needed to bringing Bloodhound back out to Hakskeenpan in the next 12 to 18 months' time. Not only am I immensely proud of the team, I'm also delighted that we've been able to demonstrate that the car is eminently capable of setting a new world land speed record."

Meanwhile, driver Andy Green said, "The stability and confidence the car gives me as a driver is testament to the years of world class engineering that has been invested in her by team members past and present. With all the data generated by reaching 628 mph [1,010 km/h], we're in a great position to focus on setting a new world land speed record in the next year or so." 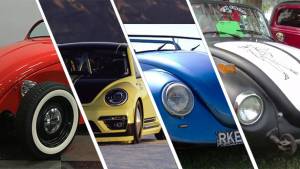 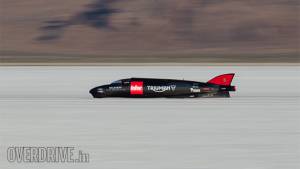 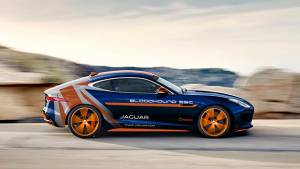