Bernd Maylander: the man who has led the most laps in F1

He is often referred to as the man who has led the most laps in Formula 1. He is the very man behind the wheel of that silver Mercedes-Benz SLS AMG Safety Car that's often driven flat-out in every Formula 1 GP. Meet Bernd Maylander, ex-DTM and FIA GT racer and now the official Formula 1 safety car driver. He is here in India for the Indian Grand Prix and OVERDRIVE got a chance to interact with him.

In 2000, the FIA approached Bernd to drive the safety car and he was more than happy to agree. It's been 14 years since he started driving the safety car and except  for two races, he has driven the safety car in every single GP. But driving a safety car is not just about driving a fast sports car on a racetrack. According to the regulations, the safety car is deployed into action when there is an immediate hazard but the conditions do not require the race to be interrupted. The car is on stand by at all times during the race so Bernd needs to be strapped up and ready during the race as well. Then there are support races too, so he has to be in the car and on time every single time. Apart from the races,the safety car is also driven around the track every day during the race weekend to check if all systems like the GPS unit is functioning before it eventually goes on to the race car. In a race, all the Formula 1 cars starting with the race leader line up behind. Since the cars are all close together after the safety car goes back into the pit, the race gets even more exciting. 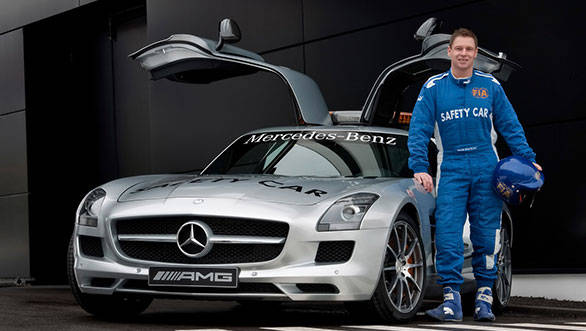 Out on the track when the safety car is deployed, Bernd decides the car's pace. His racing experience helps him analyse the situation. This is very important since all the Formula 1 cars are also following the safety car doing more or less the same speed. At slow speeds, the tyre and brake temperature reduces, and this starts affecting the car's dynamics considerably which isn't safe. So too slow isn't safe, and too fast is not an option. This is one of the reasons for choosing a safety driver with as much racing experience as Bernd. 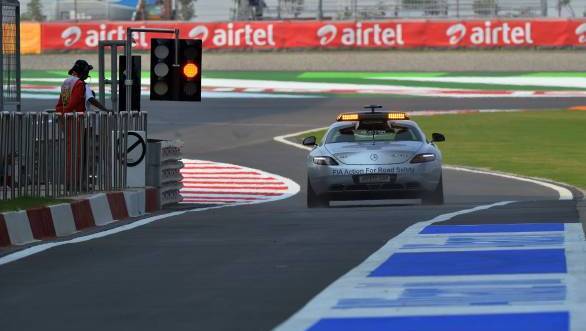 Mercedes-Benz has been the official safety car supplier for Formula 1 since 1999, various cars have been used and Bernd has driven all of them. He currently drives the Mercedes-Benz SLS AMG. The car is basically a stock car with a few unnecessary parts like interior cladding removed. A few additional parts added are aerodynamically streamlined roof light, LED signal lights and two integrated TV cameras to help connect to race control. Inside, two bucket seats with a six-point racing harness gives the driver and co-driver the best lateral support. In terms of performance, the exhaust system is different (making it sound even more aggressive compared to the already spectacular AMG growl) while the front composite brakes are aimed at better cooling.

We asked if Bernd would have liked the car to put out more power and he jokingly said "no race driver would say no to more power but then the SLS AMG GT is already a powerful car". The AMG 6.3-litre V8 motor puts out 591PS of max power and in a track like the BIC does a max track speed of 248kmph. The tyres are stock and since the car on an average puts out 400km-500km during the race weekend, the tyres are replaced before every GP.

This makes the car really fast but to keep a Formula 1 car behind and still not affect the race car's performance is impressive. 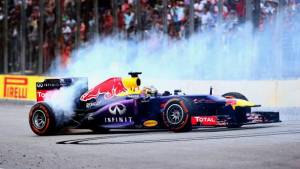 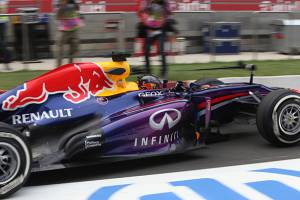 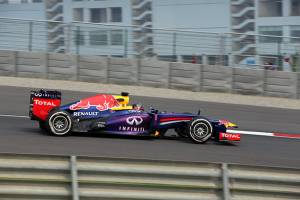