There are automobiles and then there are Bentleys. Known for their timeless design and supreme craftsmanship. The exotic automobile brand has now unveiled the final edition of the Mulsanne called the Mulsanne 6.75 Edition by Mulliner. And the numbers have been limited to 30 units only. The Mulsanne 6.75 gets its naming from Bentley's 6¾-litre engine that has been in continuous production for 60 years. 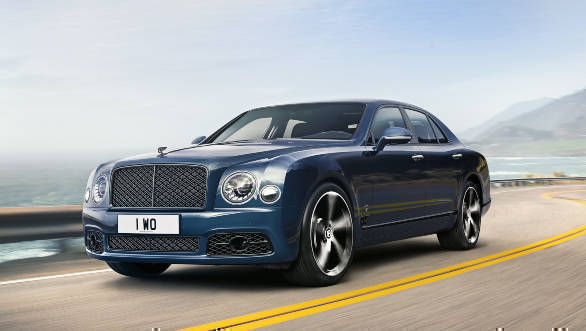 Bentley has also confirmed that post the completion of deliveries of the 30 units of Mulsanne 6.75, the company will make the all-new Flying Spur as the new flagship model. Further, Bentley will move to hybrid powertrain in 2023 for the Flying Spur which will mark the company's transition to a sustainable premium luxury brand. Bentley has already joined the EV race with the launch of the Bentayga Hybrid which is claimed to be the most efficient Bentley and also the most luxurious plug-in hybrid SUV in the world.  The powertrain  in the Mulsanne 6.57 will be based on the 530 PS, 1100 Nm Mulsanne Speed which is touted as the most driver-focused ultra-luxury sedan ever created by Bentley. The highlights of the Mulsanne 6.75 are the interior organ stop ventilation controls that have been replaced by designs capped by miniature versions of the engine oil cap. A unique 6.75 Edition motif is stitched into the seats, and recreated in chrome badging for the exterior and the engine bay. The same logo will be projected by the LED Welcome Lamps. The faces of the clock and minor gauges will feature schematic cutaway drawings of the engine itself. 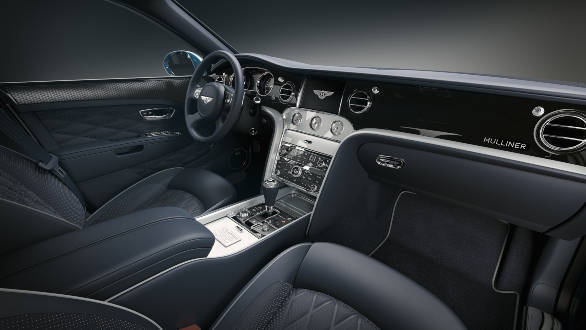 The headlamps and tail lights are wrapped in bright chrome while the Flying B bonnet mascot gets a dark tint statement. The Mulliner Serenity radiator grille and exhaust finishers are further additions to the exterior paired with 21-inch five spoke wheels from the Mulsanne Speed that come with bright-machined finish with gloss black pockets. Inside, the cabin is offered in four single tone hides  Imperial Blue, Beluga, Fireglow and Newmarket Tan  a bespoke colour split then adds accents in Silver across the cabin through seat piping, accent hide around the centre console, deep pile overmat bindings, and the accent colour showing through the perforated hide to the seats and door inserts. The fascias and waistrails will be finished in high-gloss Grand Black, with the latter also featuring inserts in Dark Engine Spin Aluminium. Bentley mentions, designed, engineered and hand-built in Crewe, England, the Mulsanne's 6¾-litre engine is also the world's longest-serving V8 of its type in continuous production. The powerful engine was first used in the 1959 Bentley S2 and although it has been re-designed many times over the decades, the basic principles and dimensions that have defined the engine for six decades remain the same.