Hyundai has unveiled its compact ix25 concept SUV at the ongoing Beijing Auto Show 2014. The Hyundai ix25 will be the Korean company's second compact SUV if the HB20 for the Brazilian market can be counted as one.

As far as looks are concerned, it is a mini-Santa Fe. Which is not a bad thing considering that it boasts Hyundai's acclaimed 'Storm Edge' design language. The grille is a not wide unit, however the airdam more than makes up for it with a large brushed aluminium effect skid plate. The alloy wheels are also a chunky unit. The side profile though shows the compact dimensions of the SUV. The rear has big lamps and bazooka exhausts flanked by reflectors and a skid plate. 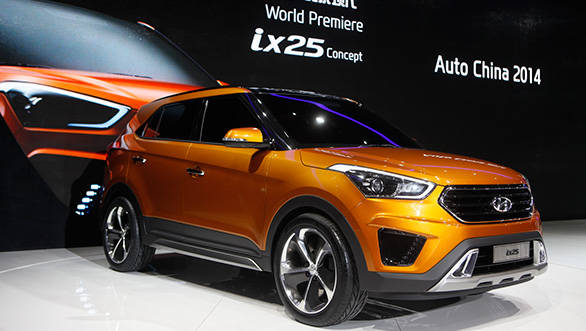 As far as looks are concerned, it is a mini-Santa Fe

Hyundai hasn't revealed the interiors though knowing from past tradition; we can safely expect the company to provide good quality all around with the latest gadgets in the automotive world on offer. The engine on offer will be a 2-litre Nu petrol. 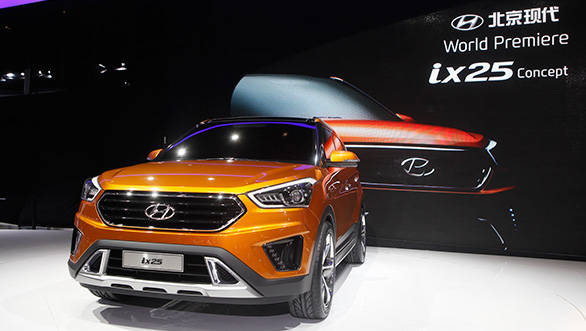 The engine on offer will be a 2-litre petrol

The new Hyundai ix25 has a wheelbase of 2590mm and measures 4270mm in length, 1780mm in width and is 1630mm tall. It is based on the i20's platform and has been built specifically for the Chinese market. It will be launched in China in the second half of this year.  However, there is a possibility and something which the company hasn't denied in the past that the ix25 with slightly altered dimensions may be India-bound. After all, compact SUVs (sub-4m) are the flavour of the season in our country. 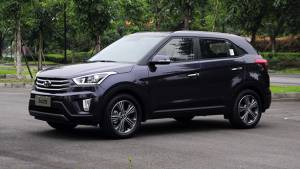