Bajaj RE60 quadricycle spied outside Pune 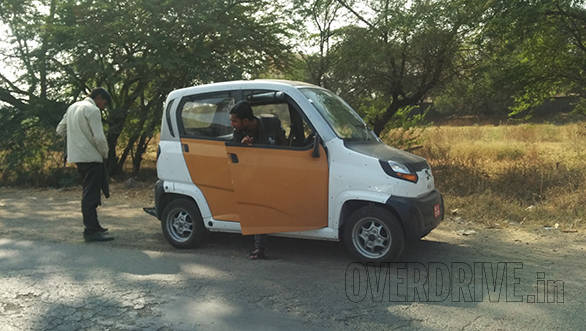 Rivet marks are clearly visible on this test mule

We managed to catch a glimpse of the Bajaj RE60 testing on the outskirts of Pune. The two vehicles spied look like initial-stage test vehicles with rivet marks still visible on the body panels. Also clearly visible are the roll up plastic sheet windows. The RE60 was initially revealed at the 2012 Auto Expo and is Bajaj's replacement to the three wheeled 'Rickshaw'. In May 2013 the government created a whole new class of vehicle for the RE60  Quadricycles. The Bajaj RE60 will fall firmly in this class and this means that it can only be registered as a commercial vehicle for public transport or for ferrying goods within city limits or rural areas and it will not be allowed to ply on the highways. The four wheels though will bring about an additional level of safety with better stability as compared to the three wheeled auto and the more conventional cabin will also have a provision for seat belts. It's powered by a 200cc DTSi single-cylinder petrol engine that returns a claimed 35kmpl. Expect to see it at the production form at the upcoming Auto Expo 2014. 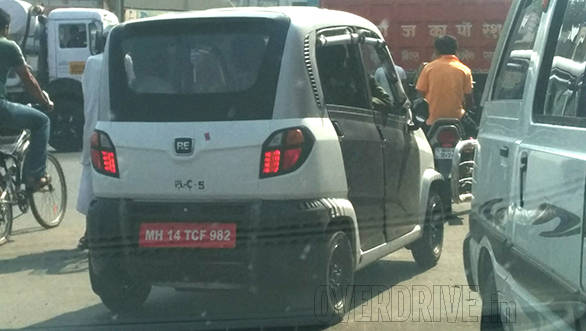 The RE60 will be a good alternative to the conventional autorickshaw 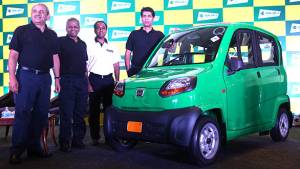 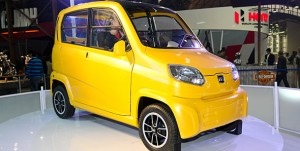