Bajaj looking at setting up a new plant in Chakan, Pune by 2016

Bajaj Auto is looking at adding another plant in Chakan, Pune. The Pune-based automaker's MD, Rajiv Bajaj, in an interview with CNBC-TV18 said that the current plant may outlast its production capacity in the next 12-18 months and hence the need for another facility. The new facility could be located near the old one. However work on the same will start from 2016. Bajaj didn't comment about a timeline as to when the new facility should be up and running. He did however say that the new plant will have an initial capacity of around 50,000 units per month or 6 lakh units annually. 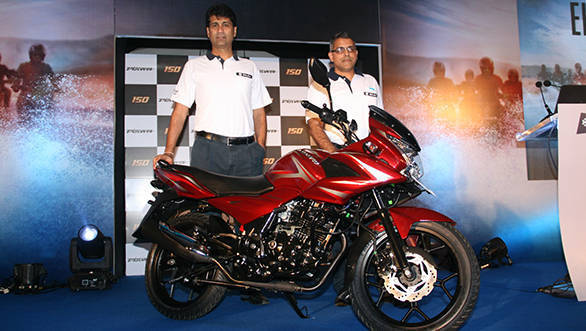 Bajaj's statement comes at a time when the company has recorded a decline of 22 per cent in its sales figure last month on a year-on-year basis. For the same period, Bajaj exports too declined considerably. Rajiv Bajaj though is confident that in the month of May, his company will sell around 1.80 lakh motorcycles in the domestic market while for the current month of April, it should be 1.70 lakh. These numbers should rise to 2 lakh units per month in the fiscal year 2016.

Bajaj Auto recently launched the Platina 100ES, CT100, Pulsar RS 200, Pulsar AS200 and the AS150. The company is expected to bring in the Bajaj Pulsar NS150 next month followed by another launch in June. The Bajaj Pulsar RS 200 has so far received more than 1,000 bookings and is available at an on-road price of Rs 1.5 lakh thereabouts for the ABS variant.

Rajiv Bajaj also said that the company's quadricycle, the RE60, is ready for production but Bajaj Auto is waiting for a confirmation from the Supreme Court on the same. 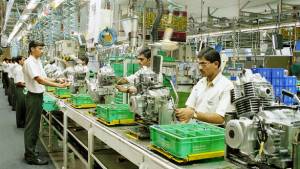 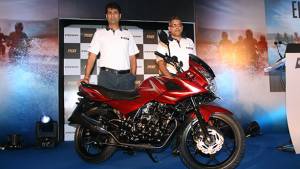 Rajiv Bajaj shows his concerns on 100 per... 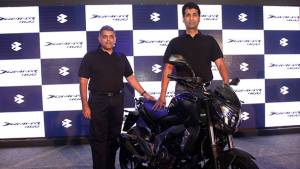