Bajaj Auto has revealed the new V15, a 150cc motorcycle positioned between the traditional and sportier commuters. The V created quite the buzz by announcing that Bajaj Auto had acquired the metal from the scrapped INS Vikrant - a deplorable example of our disregard for our history - and used that in the making of the V. A logo making sure this patriotic streak doesn't escape you is on the fuel tank cap of each Bajaj V. 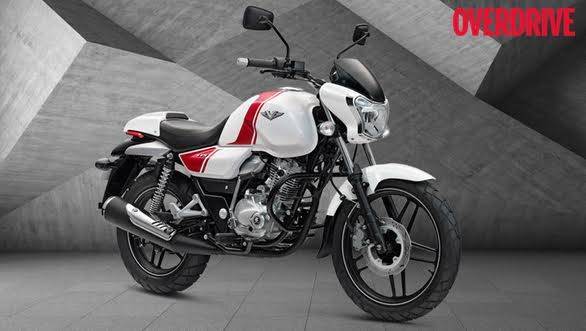 Rajiv Bajaj, president, Bajaj Auto spoke about the context of the Bajaj V15. He spoke about the company's history of differentiated products - motorcycles that offer more or different propositions than other competitors - as the base strategy for the V. This is the reason why 150cc was selected as the displacement for the new motorcycle. 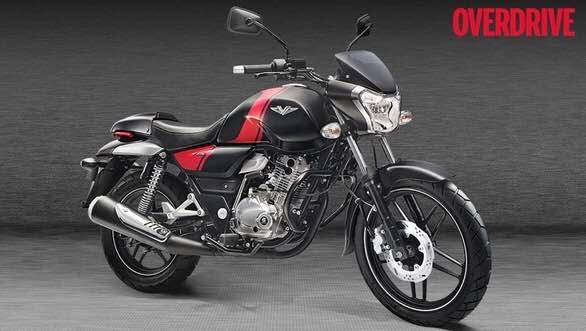 The V uses a styling package that Bajaj says is about strength and invincibility. It articulates this with a powerful looking tank, 33mm front forks (thicker than the segment's norm) and a silhouette that's halfway between a cruiser and a cafe racer.

The engine is an all-new 150cc DTS-I engine. Maximum power is 12PS at 7,500rpm and torque peaks at 13Nm at 5,5500rpm. This underlines the promise that the Bajaj V will be easy to ride, for commuting long distances and offer good economy too. The tyres are 90/90-18 and 120/80-16 - a tyre size combination that is more cruiser-like than commuter-like.

The commuters are priced just under Rs 60,000 while the sportsbikes are priced above Rs 70,000.

The Bajaj V prices have not been announced. Exact prices will come later but prices will be between Rs 60,000 and Rs 65,000. Production starts February, and deliveries should start by March, 2016.