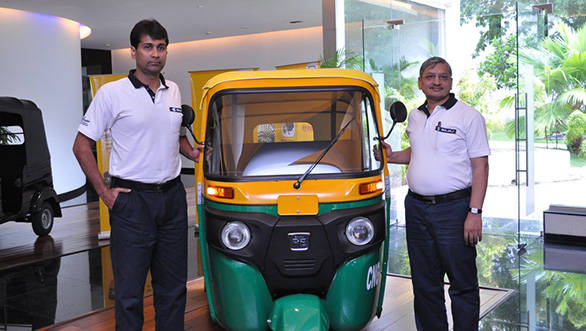 Bajaj Auto Limited (BAL), India's largest manufacturer of three-wheelers has unveiled a new range of compact three-wheelers. These passenger vehicles will be available in two-stroke as well as four-stroke petrol, CNG and LPG versions. A diesel variant will also be included in the next six months.

"We have around 85 per cent market share in the small-sized passenger three-wheeler category in petrol and diesel versions. The new range will help us defend our leadership position,'' said R. C. Maheshwari, president (Commercial Vehicle Business), BAL.

BAL, which has been selling three-wheelers for almost 52 years in India, is looking at replacing its existing range of three-wheelers with the new vehicles. The average investment on the new project is being estimated at around Rs 100 crores.

Rajiv Bajaj, managing director, BAL, said, "We have been saying for some time that we are going to renew the entire range of three-wheelers. We will have a diesel version in a few months as it constitutes a large part of the demand. BAL will take around six months to replace the entire range."