Bajaj Auto has showcased the Pulsar CS400 concept at the 2014 Auto Expo. Two years later a production ready test mule was caught testing in India. Yes, the company seems to be taking its own sweet time in launching the motorcycle. In September this year, Rajiv Bajaj, MD of Bajaj Auto had told CNBC-TV18 and moneycontrol.com that the launch of its 400cc motorcycle had been deliberately delayed to make sure that it's arrival didn't affect the festive season sales volume.

Today, we have received an email from Bajaj Auto saying that the production of the new 400cc motorcycle has commenced at its Chakan plant. In fact, the first batch of motorcycles has rolled of the production line. The manufacturer says that the motorcycles rolled off an assembly line which is entirely managed by its women engineers. Bajaj Auto has also stated that the new motorcycle will be launched in India in mid-December 2016. 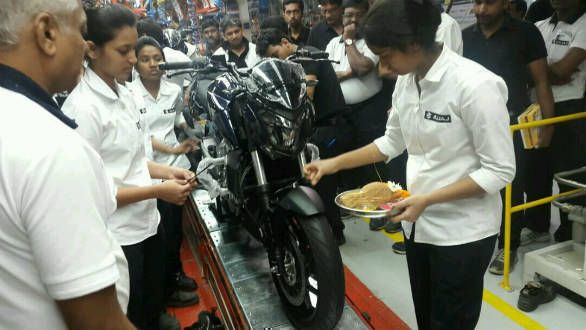 The new 400cc Bajaj motorcycle is based on the same platform as the now discontinued Pulsar NS200. It carries over the LED headlamps, LED tail lamps, bally pan and muscular fuel tank from the concept version. It gets a 375cc single-cylinder liquid-cooled engine which also powers the KTM Duke 390. The key difference is that Bajaj is expected to have re-tuned the engine to ensure a smoother power delivery. The engine will be coupled to a 6-speed transmission. 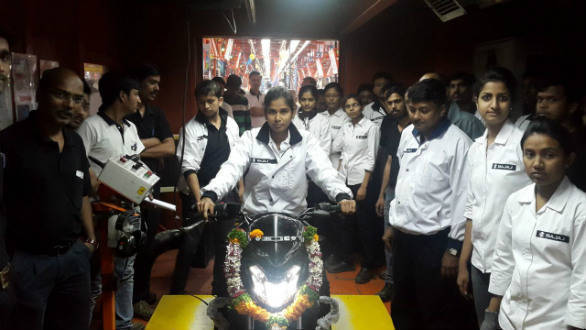 It will get dual-channel ABS and is likely to be priced around Rs 1.8-2.0 lakh. Rahul Bajaj had also stated that the new 400cc motorcycle will compete in the same space as the Royal Enfield. 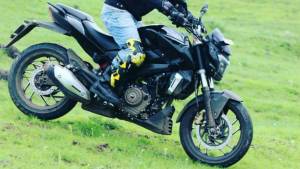 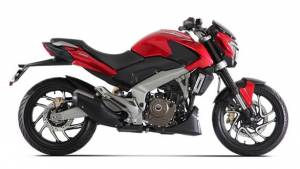 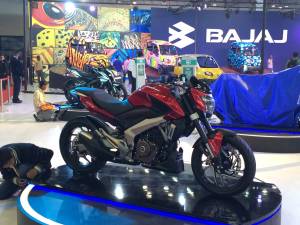