Ayana Navigation Solutions (ANS) has teamed up with Hungary-based NNG to bring out new Portable Navigation Devices (PNDs) in India. You may not have heard of the company but you'd be surprised to know that they claim to command over 60 per cent of the OEM market, and they supply low cost navigation systems to Renault and VW, with Tata Motors to join soon. 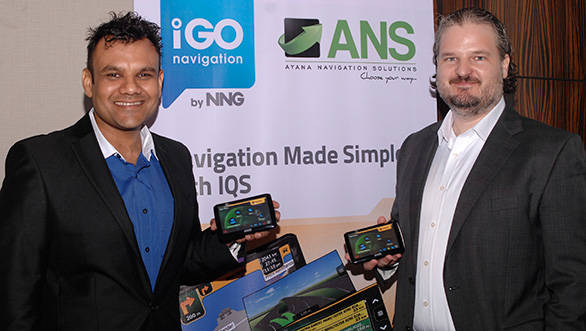 NNG began life in the 3D gaming industry, resulting in the smart 3D visuals these PNDs offer. NNG, however, also boasts a superior compression technology which means their map data uses much less space than that of the competition.

ANS say their USP is the effort they've put into refining human machine interface. For example, since specialised search option as house numbers don't work so well in India. So it'd follow the Indian way of giving directions, by the use of landmarks (eg. turn right at the post office).

These PNDs now incorporate famous landmarks or points of interest into the search system. IQS (integrated quick search) uses a database to automatically search for landmarks in the route you've requested. It took a year to understand and develop this feature and another to build it into the system that covers over 4200 Indian cities. The ANS devices also have point addressing that doesn't use just street name but points you straight to the building you need.

Another intelligent feature is that it doesn't simply try to reroute you back to the highway if you've taken an exit. Instead it will offer you nearby restaurants or fuel station suggestions as you probably got off the highway because you needed food or fuel. Similarly, if you suddenly slow down from the speed you've been holding for a while the device realises that you may have done so because of a traffic jam visible in the distance. It then offers an alternative route. The device will also offers information on parking options near your destination, and will tell you which is the closest to the pedestrian entry into your destination.

Live traffic is on offer in major metros. The device keeps on constantly checking the traffic data as you drive. This is especially useful over long distances. So suppose you have a sudden accident ahead. It will suggest rerouting on the go and also give you how much extra time it takes.

The company will offer two different models at first which will go on sale in October. They will be priced between Rs 9,000 and 17,000.

Indian Highways - and more common and... 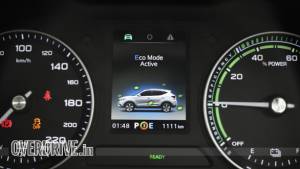 How to: Maximise driving range in your... 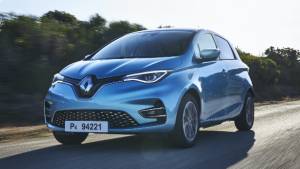