The EV9 concept SUV from Kia was on display at Auto Expo 2023. Production of this new Kia SUV flagship is scheduled to begin before the end of 2023. 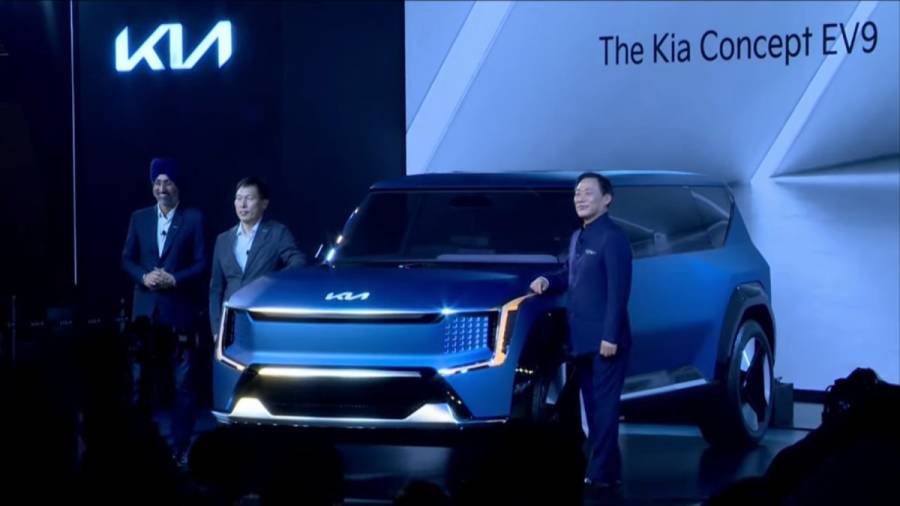 The Electric Global Modular Platform is the foundation of the EV9 (e-GMP). It has a flat top, a boxy shape, and wide wheel arches. While the back has quirky LED tail lights, the front has a blanked-out grille with the "Star Cloud" light pattern. 22-inch wheels support the vehicle.

The full-size SUV is almost 5 meters in length, 2,055mm in width, 1,790mm in height, and has a 3,099mm wheelbase. The Kia EV9 concept was created in accordance with the company's Opposites United design ethos. The tough EV has an updated version of Kia's Digital "Tiger Face" front grille, which enables a new front air vent design.

The 77.4kWh battery pack used in the EV9 concept is also the biggest of the two battery packs offered with the smaller EV6. The 800V electrical design of the E-GMP platform allows for quick charging at rates of up to 350kW. The battery needs around 20 minutes to quickly charge from 10 percent to 80 percent.

The EV9 concept's interior has a relatively understated dashboard with a twin-screen infotainment setup, a flat-bottom steering wheel without spokes, and no tactile buttons at all. The idea has a three-row arrangement with a second row of chairs that can be folded fully flat and a first row of seats that can rotate to create a lounge-like space. It is decorated with hip ambient lighting all around.

However, the production model will probably also reduce these. It will have autonomous driving capabilities, support for over-the-air software updates, and feature-on-demand (FOD), which lets customers purchase only the particular features they need. 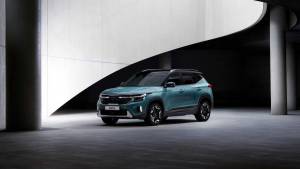 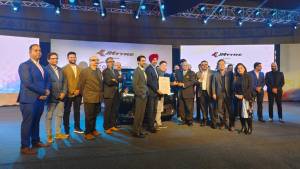