Renault will be showcasing the updated Duster at the 2016 Auto Expo in New Delhi. The new Renault Duster facelift will be on display with an AMT that Renault calls Easy-R.

While most were expecting Renault to bring in the dual clutch Duster, the company has opted for the much more affordable AMT. AMT equipped cars have found success in the Indian market thanks to the customer's bias towards automatic transmissions which don't compromise on efficiency. While internationally the Duster also received updated petrol and diesel motors, in India, it is highly unlikely that Renault will tinker with the tried and tested 1.5-litre diesel. This also puts the 1.2-litre turbocharged petrol motor out of contention. Expect Renault to price the Duster AMT at a premium of Rs 30-40,000 over the top of the line Duster RxZ 110PS. 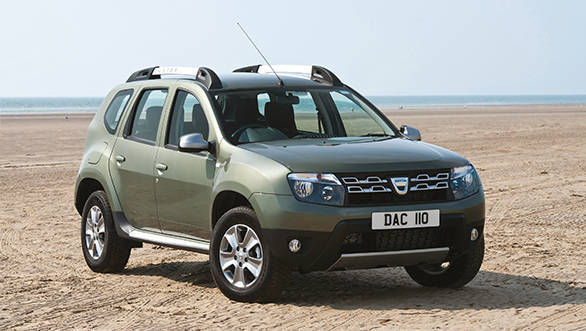 Renault's budget brand Dacia had showcased the facelifted Duster last year at Frankfurt albeit with the AMT transmission in the background. The Lodgy is also expected to get this transmission in the near future. Renault may also showcase the Kwid with a bigger 1.0-litre engine and an AMT.

Other than this, Renault will also have a couple of concept vehicles, however, these will not be a world exclusive like the Kwid at the 2014 Auto Expo. Instead, they will be brought down here to gauge the public reaction to these vehicles and accordingly put into production.