Toyota has just unveiled its all-new Toyota Innova Crysta at the 2016 Auto Expo. The new Innova Crysta gets a whole lot of changes and is actually bigger and more premium than the outgoing model. It gets a sleeker front and rear end while the side remains identical to the current Innova with a boxy, MPV like profile. On the inside, there's a big improvement in quality, and it appears to offer more cabin space as well. 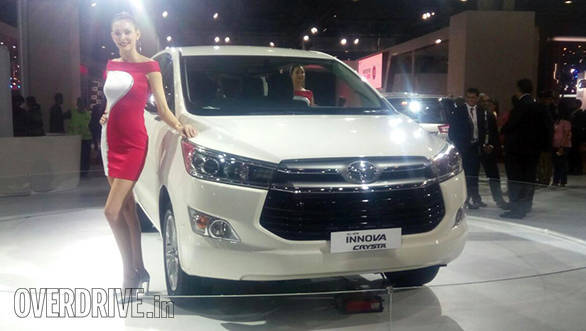 Toyota says that the new Innova Crysta has an all-new frame and an all-new engine. It will be also offered with the option of a 6-speed automatic transmission. On the safety front, it will get airbags as standard. Additionally, all trims will get ABS with Electronic Brakeforce Distribution and Brake Assist as standard. 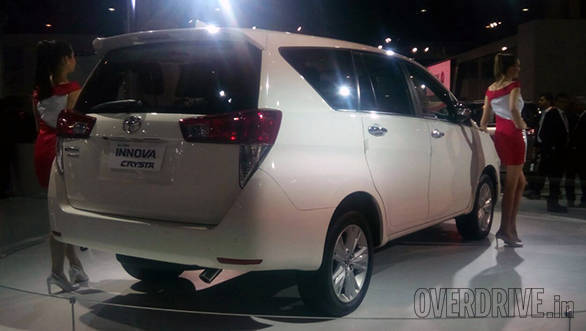 On the inside, the new Toyota Innova Crysta will come equipped with automatic climate control and AC vents for the second row. It gets a 7-inch infotainment system with navigation, electrically adjustable driver's seat, 17-inch alloys, an engine start/stop button and cruise control. The second and third rows can be folded by the touch of a button, which will make getting in and out of the vehicle a lot more convenient.  The new Innova Crysta will be offered to buyers in three new colours. 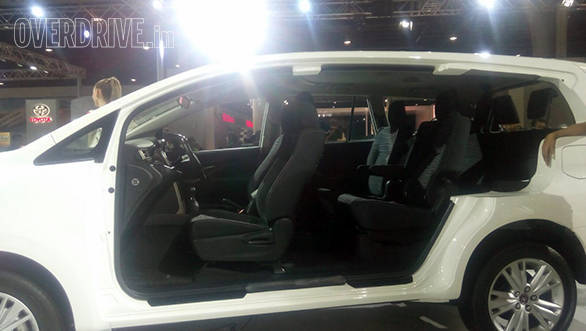 Speaking on the occasion, Naomi Ishii, managing director, Toyota Kirloskar Motor said, "The MPV segment has been led by Toyota since its launch in India, first with the Qualis and then by the Innova. The new Innova Crysta has been crafted with thoughtful features and great attention to detail, that combines revolutionary technology and sophistication of Toyota. The new Innova Crysta is sure to get everybody excited."