Jaguar now in its sixth year under Tata Motors leadership is posting record global sales. Indian arm of Jaguar Land Rover (JLR) also saw significant growth, posting a 21 per cent increase in retail sales over the previous year. It is also the fastest growing luxury car brand in the country. 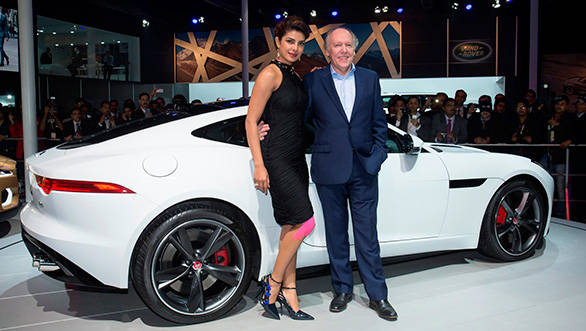 Engine options are the same as the regular Range Rover. Which means that it has the 5.0 litre petrol, supercharged V8 engine, which makes 510PS of power and 625Nm of torque. The diesel will be a 4.4 litre V8, which churns out 339 PS and a monstrous 700Nm of twisting force.

The sensuous F-TYPE Coupe was unveiled by none other than Narain Karthikeyan. The version unveiled by Narain is the base variant which is powered by a 3.0 litre supercharged V6 engine available in two guises of 340 and 380PS. The F-TYPE Coupe will see its Indian launch later this year.

Jaguar also unveiled the C-X17 crossover concept which is its first attempt at an SUV. The showcased was fitted with a 5.0 litre supercharged V8 engine from the F-TYPE coupe. The concept is capable of hitting more than 250km/hr.

It also features an all wheel drive system which will be carried forward to the production variant. A launch is not expected in the near future but the design hints at future production models. 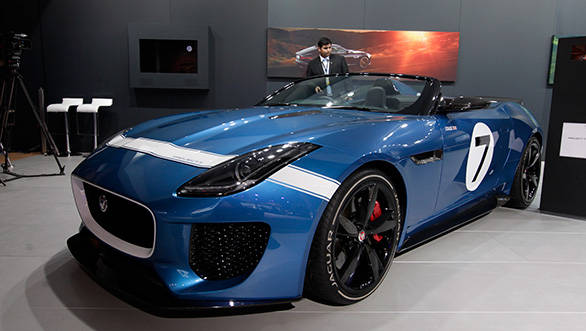 Project 7 concept, a single seater sports car based on the D-Type was also unveiled to the audience.

Jaguars XJ sedan which is posting good sales figures will now be locally manufactured at the company's Pune facility.

The XJ is available in both petrol and diesel variants. Petrol is powered by a four pot, displacing 2000cc and making 240PS. The other petrol option is 3.0 litre petrol churning out 335PS. The range topper is a 5.0 litre making 385PS. The diesel is available in 3.0 litre only and makes 275PS.