The organizers of the AutoExpo 2014 announced on Tuesday, the biennial event to be divided into two shows Motor Show and Component Show to be held at two venues to make it more spacious and bigger than ever before. MotorShow, representing vehicle manufacturers will be held between 5th and 11th February at India Expo Mart, Greater Noida near New Delhi, while Component Show will be organized between 6th and 9th February at the older venue Pragati Maidan, New Delhi.

"Due to space restrictions we are unable to have it (the AutoExpo) at Pragati Maidan. So, we have divided into two shows." said, Vikram Kirloskar, President, SIAM.

AutoExpo is organized jointly by the apex industry bodies CII, SIAM and ACMA. Till 2012 it was held jointly at the Pragati Maidan but due to poor crowd management, lack of space and facilities the motor show was negatively received by both media and participants. Pragati Maidan offered exhibition area of around 38,000 square meters where the entire show was held. With the new arrangement India Expo Mart will offer around 50,000 square meters where only the MotorShow will be held.

The organizers still favour holding the entire show at one venue if the infrastructure support is available. "We are looking for a new venue for the next expo. We would like to have both component and motor show together because they are interlinked." Kirloskar added. 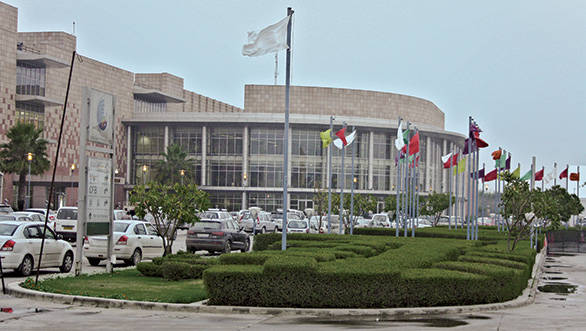 The number of OEMs participation has also increased to 41 from 35 in the last edition of show.  Among the new participants are Chrysler (Fiat Group), Isuzu Motors and DSK Hyosung.  Apart from the 41 vehicle manufacturers others miscellaneous participants such as tyre manufacturers and lubricant companies will be present at the Motor Show in India Expo Mart.

The India Expo Mart can handle a total footfall of around 75, 000 people. There will be three different categories of participation for the MotorShow, these will be badged Visitors, Exhibitors/Media and VIPs.  Day one of the Motor Show, 5th February, would be exclusively open for media while the official opening ceremony for the public will be held on 6th February. On week days, business hours will be observed between 1000 hrs to 1300 hrs and the later part of the day will be open for public. All of Saturday and Sunday will be open entirely to the public.

Layout and facilities of Venue

Presently the India Expo Mart has around 3456 square metre of permanent exhibition space in each of 8 halls located on the ground and first floors. This adds up to 27648 square metres of indoor space where Maruti Suzuki, Hyundai and Tata Motors will be present in addition to the two wheeler manufacturers such as Bajaj, TVS and Hero Motors. In addition 33600 square metres of space is additionally available outside in open lawns where large outdoor hangers will be created to house the rest of the manufacturers.

Parking at the venue will be a bit of an issue, nonetheless from what we have seen there is an andequate amount of parking close to the venue itself. It is however left to be seen how the parking area will be utilized and which areas will be available to the public.

The organizers are also trying to assist with transport to and from the India Expo Mart. Options for streamlining conveyance are being sought out and these should be put into place soon. However the best means of getting to and from the venue still remain your personal vehicle.

The sale of tickets for the MotorShow will start in November 2013. The tickets will be available online at bookmyshow.com while offline it will be available at all Barista outlets and at Delhi Metro Stations as well as outside the venue on the dates of the show. 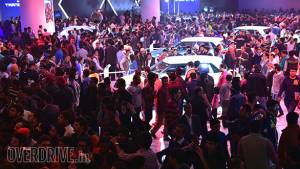 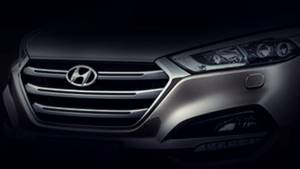 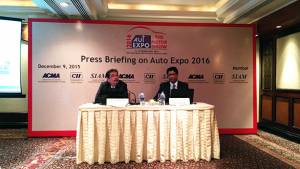