Varroc Group, a prominent auto component manufacturer from India is planning on becoming one of the top-three three suppliers worldwide of external lighting systems. To achieve this, the company is looking for acquisitions globally.
The group is already the sixth largest globally in external auto lightings. It supplies head and tail lamps and small lights to JLR, Ford, Tesla, Volkswagen, FCA, PSA and Renault Nissan and other American and European carmakers. It now wants to acquire Korean and Japanese customers.

Mr Srinivasan, the CFO of the company said in an interview to a news outlet that they want to be recognised as a global auto component player. It is good for them to be number one or number two in India but their ambition is more than that.
The Vaaroc group entered the lighting systems business when it acquired the lighting systems business of Visteon Group from Ford in 2012. It now has six factories in Mexico, Czech Republic, China and India, with two more factories under construction in Brazil and Morocco.
It is also in the final stage of acquiring a lighting systems company in Turkey.
The Group also includes Varroc Engineering Ltd. supplying auto components to two and three-wheeler companies like Bajaj Auto. 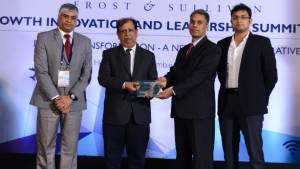 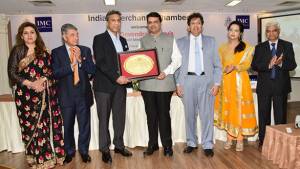