Honda has unveiled its second EV in concept form at the ongoing Beijing Motor Show. Following the cutesy Honda e hatch is the Honda SUV e:concept. previewing a fully electric SUV that will eventually be launched in the Chinese market. It is still unclear whether this SUV also sees a larger global debut.

In styling terms, the SUV e:concept looks like an evolution of the design language of the current crop of Honda cars like the Civic and City. You have a slimmer, more angular interpretation of the Honda segmented LED headlamps, which are sat in a inward slanting front fascia and joined by a slim LED light strip. Unlike the retro-themed look of the e, the SUV e:concept features sharper lines and bulging bodywork, although much of this will likely be toned down in production form. We also expect to see the three-door configuration morph into a traditional five door. Other notable touches are the large angular air dams front and back, the flat sloping roofline and a very sharply cut interpretation of the Honda C-shaped taillamps at the rear. 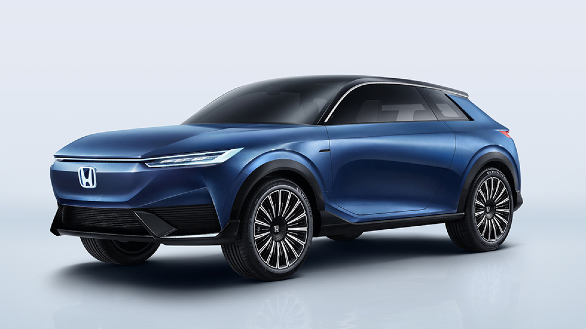 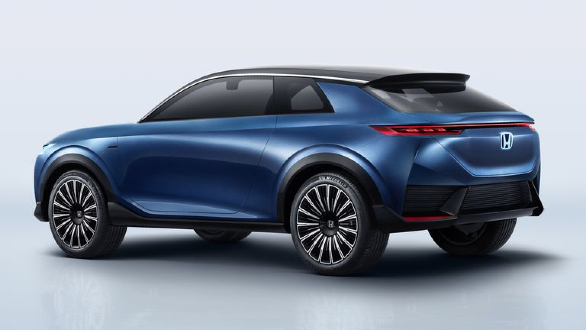 Honda hasn't shown interiors of the SUV e:concept yet but we expect many screens, an angular layout mimicking the styling and intelligent space management. Similarly, there are no details on battery size or the number of electric motors. But with how the Chinese market functions, we expect a range of around 400 km.

What is known though is that the SUV e:concept will come packed with the latest in tech.  There is the next generation of Honda Sensing suite of driver aids with improved recognition, prediction and decision-making. There is also a new iteration of the Honda Connect suite of connected tech with an AI assistant interface, smartphone link and wireless updates

The production version of the Honda SUV e:concept is expected to debut sometime next year. We don't expect to see this EV SUV in India, although Honda will bring some electrified models to India in the future. The first of these is expected to be the City hybrid.