Audi's Sport Quattro Concept is an official entrant at Frankfurt

Audi had earlier released sketches of a 'Sport Quattro' to be revealed soon. A revelation has again been made and this time it is not imaginary. Audi has given a second preview of the forthcoming Audi Sport Quattro concept. This modern-day successor to the legacy of the all-wheel-drive coupe of the 1980s will have its official world debut at next week's Frankfurt Auto Show. 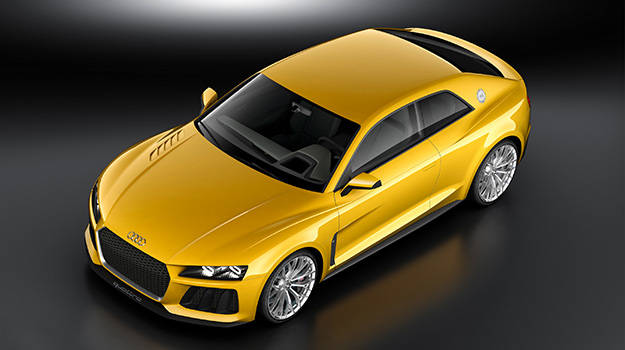 The Audi Sport Quattro concept continues the Audi tradition, with an attractive coupe silhouette and plug-in hybrid drive system. The Quattro system which was earlier purely rally-based has slowly and steadily made it to passenger cars. The advantages in terms of grip, control and composure delivered by the Quattro system have now been reaped by drivers for over three decades. 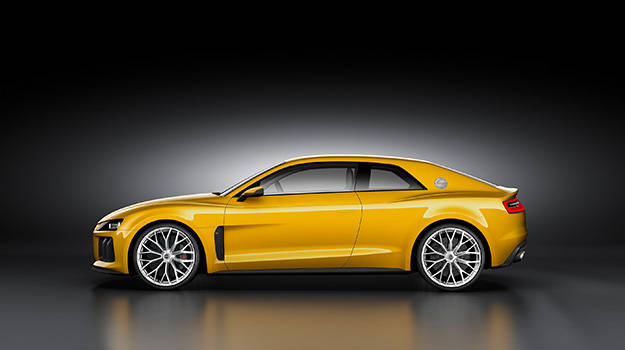 Under the hood, the car is powered by a plug-in hybrid drive which delivers a combined output of 700PS and 800Nm of peak torque. A 4-litre twin turbocharged V8 petrol engine is paired to a 110 kW electric motor. Power is driven to all wheels via a modified ZF 8-speed tiptronic gearbox and then to the Quattro system, with a sport differential guiding the rear axle. EV, Hybrid and Sport are three driving modes, EV being pure electric output; Hybrid being increased efficiency and Sport being increased performance. It can run 50kms on electric power alone. A 0-100 sprint takes 3.7 seconds with a top speed of 305kmph. 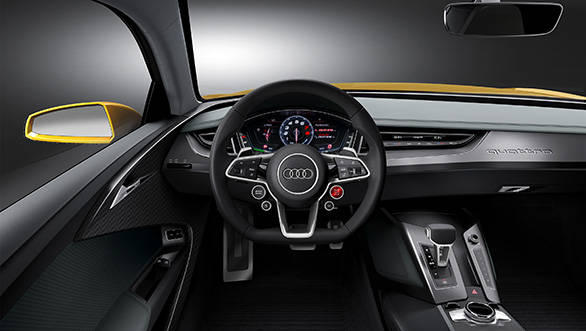 The cockpit has tinges of carbonfibre and fine creases

Slightly new designing on the front end, flat surfaces that make up its C pillars, blisters over the fenders and exposed headlamp assembly with Audi's Matrix LED technology are some of the other intricacies seen on the concept. The cockpit has tinges of carbonfibre and fine creases. The steering wheel, digital instrument panel and head-up display are all driver centric.

"Combining awe-inspiring power and performance delivered with 21st Century efficiency with styling that speaks volumes about its exceptional capabilities, the Sport Quattro Concept is an undeniably worthy successor to the legendary Sport Quattro, which made its debut at the 1983 Frankfurt Motor Show," said Audi, in a statement.