Audi to provide optional laser headlights on the new R8

The new Audi R8 is due for launch soon and prior to that, Audi has pulled off the wraps, just a little though to reveal the headlights and the new air dam. Audi say that new R8 will feature new laser headlights, albeit as an option to the standard LED headlights. The car comes with LED headlight and the laser lights will function when the driver selects high beam.

The laser headlight was first seen in Audi's R8 LMX racecar and the 24-hour Le Mans winning Audi R-18 E-tron Quattro. Audi has now adapted the technology for its road going cars, and the new R8 will be the first to sport the new headlights. 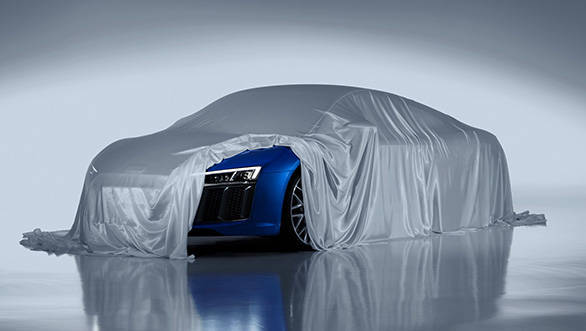 Laser headlights, says Audi, generate a relatively high amount of light energy from a very small component and the throw of the laser headlights is twice that of  a standard LED unit. A single headlight consists of a module which operates with four laser diodes, each of which emit blue laser light beams which get converted to white lights by means of a phosphor converter.

The picture also reveals a new front end design featuring air dams with vertical slats. The new Audi is expected to be launched in India soon after its launch globally, and the option of laser headlights will prove to be a boon on our roads. 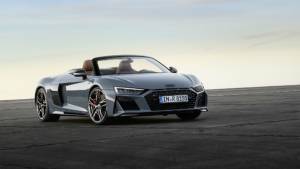 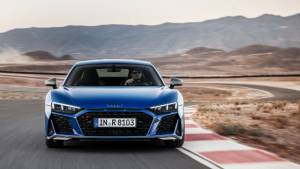 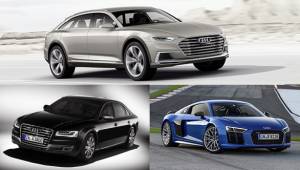